My experience with the Oddworld is almost nonexistent since Keen and I never owned a PS1, which means we missed out on all that cool stuff. It was one of…

Shovel Knight is probably among the best purchases I've made this year and is easily one of the more memorable experiences. It's pretty sad when a $15 download title is…

Yoshi's latest game is out, and it seems to be getting a lot of mixed reviews. I don't think Yoshi's New Island is nearly as bad as some people think…

Tearaway is a wonderful game and one of several really good reasons why more people should pick up a Vita. Usually I end my posts with that kind of sentiment but I thought we’d switch things up a little bit. Not only that but I really enjoyed this game to the point where I think it merits earlier mentioning.

The Gist, The Gameplay & You 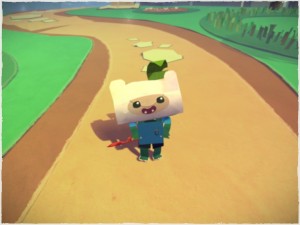 So what is Tearaway? It is a curious game but I believe you can safely classify it as a platformer. There’s more to it than that, though. There are some small elements of easy puzzle solving along with several instances that require creativity on your part. The obvious thing that distinguishes Tearaway from a lot of games is its visual style. The entire game is made to look as if it were crafted out of paper. Not just flat pieces like Paper Mario but full on paper craft figures and buildings and plants, etc. The entire world looks like it was made out of colored construction paper and it’s ridiculously charming. END_OF_DOCUMENT_TOKEN_TO_BE_REPLACED

It's a little odd how I've been posting about a lot of Disney stuff lately, now that I think about it. Actually, it's kind of funny since DuckTales a bit…

Bit of a late night post tonight.Â  We're in the middle of transitioning our hosting to something that can accommodate our traffic.Â  Shared hosting doesn't cut it anymore.Â  The whole…

So just recently Skylanders Swap Force was announced. The hook in this entry seems to be the new 2-piece figures that can swap out their top and bottom sets to…