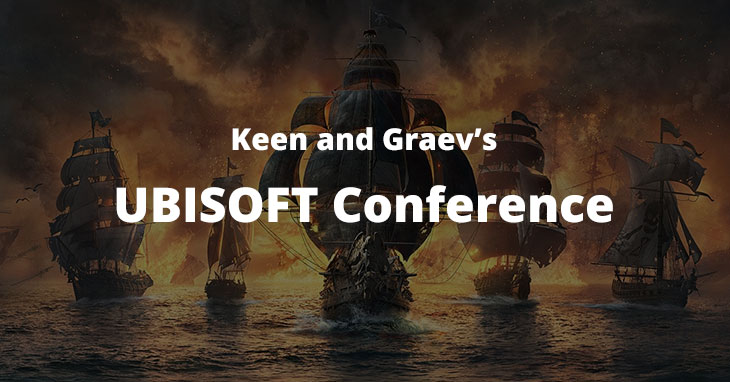 [su_youtube url="https://youtu.be/romB8e5nMp8" width="700"] You've probably seen my skepticism over this VR craze these past few months. I'm not a believer. I'm not sold on it. I think the price points…

Ubi kicked things off with an uber-cringe dance number, and the usual host is back with her cringe-worthy moments. So things are business at usual at Ubi this year. Ghost…

One of the more intriguing sides of the story in Unity is how the Templars and Assassins were trying to broker piece, and how such an act caused rifts within both organizations. How that plays out drives a great deal of story. END_OF_DOCUMENT_TOKEN_TO_BE_REPLACED

END_OF_DOCUMENT_TOKEN_TO_BE_REPLACED

The Wii U launches on the 18th of this month!Â  You all know by now that we enjoy console games, and we’re fans of Nintendo consoles.Â  Some of you have expressed skepticism over what the Wii U will offer gamers.Â  Back during E3 of this year we wrote at length about the console, some of the games coming out, and how we felt that Nintendo and the Wii U had the best overall showing of games this year.

Here are some of the games coming out for the Wii U (at launch) that really convinced us that the Wii U was a must-buy.

What really got us excited about ZombiU were the parallels we could see between ZombiU and games like Dark Souls.Â  We’ve read that the game will be brutally hard, and filled with the same trial and error gameplay experienced in Dark Souls.Â  A game about surviving against zombies should be difficult, unforgiving, and provide that sense of complete danger.

Some of the features look great.Â Â  When you die, your character turns into a zombie that you will encounter while you play the role of a different survivor.Â  You can actually kill your zombie-self and take back your gear.Â Â  Integrating other players in their own single-player games, like Dark Souls did, is something we’ll probably see a lot of on the Wii U and in ZombiU.Â  For example, when you die your friends will get alerted and get to come hunt you down.

The Wii U GamePad is going to really make the experience unique.Â  If there’s anything that ZombiU will have that other Zombie survival games can’t have, it’s the integration of these controls and what they allow the player to do.Â  The video below highlights them nicely.

More after the break. END_OF_DOCUMENT_TOKEN_TO_BE_REPLACED

Ubisoft’s conference is finally over. We didn’t think it could get much worse than Microsoft but it did. We’re both in agreement on this one: They opened very, VERY, strong with Rayman Origins. It’s a platforming game that reminds us of Donkey Kong with what looks to be extremely fun coop play and stylized humor-laden fun. They sold us immediately on this title. It went downhill quickly.

For five minutes of monotonous jungle fighting, bad dialog, and cutscenes we were dragged along until finally they revealed Far Cry 3. From the way they presented this title alone we’re tempted to skip it. Nothing about that presentation made us want to go near the game or get excited. How they went from making Rayman a must buy to ruining Far Cry for us is a mystery.

Ghost Recon is going to flop. It looks dated, the gameplay looks boring, and they didn’t present it well at all. Compared to MW3 and BF3 this one won’t stand. We both thought that there’s a chance it might provide some coop play on the Army of 2 level, but at this point it looks too generic even with the futuristic toys. We’re passing on this title.

The rest of the conference was absolute garbage, with jokes like “Want to come over and play with my Wii” and shovelware, until Assassin’s Creed Revelations. It looks nice visually and carries with it the exact same Assassin’s Creed style. That’s good or bad depending on what you want, but for us it’s a step too far on the “more of the same” for our liking.

Original: At the last second we decided we’ll be liveblogging the Ubisoft conference. As we did with the EA conference, check back a few minutes after the conference ends for our written impressions.

You can access the live blog by clicking: END_OF_DOCUMENT_TOKEN_TO_BE_REPLACED