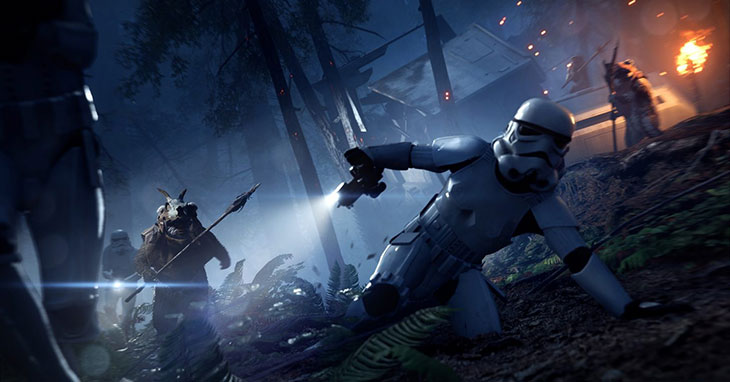 I had my doubts that I would ever reinstall Battlefront 2 again because of how long it took them to fix the game, but then they go and do this....

How terrifying... the screams of Yub Nub in the darkness...

This new game mode features you playing as either an Ewok or a Stormtrooper. The more Stormtroopers killed by the ewoks, the more ewoks spawn.

Ewok Hunt reminds me of the Hunt mode from Battlefront 2 (2005). Hopefully the Stormtroopers don't kill themselves just to become an Ewok. I know I would.

EA is doing a nice job bringing Star Wars Battlefront 2 back from the dead. Once again I'll repeat myself: WTF took you so long? Why was this a 6 month process instead of a 1-3 month process tops?

Battlefront 2 has new season content on the way, and promises of additional themed content around major Star Wars events. As a fan of the game early on, despite its business model shortcomings, I think this justifies a reinstall.