Blizzcon’s opening ceremony kicks off in exactly 4 hours from now, and I’m going to squeeze in here and drop a few predictions as well as what I hope to see announced.

First, I have to address the gorilla in the room: Legion’s launch date. Check out the marketing collateral below and pay attention to the fine print at the bottom (click to enlarge): 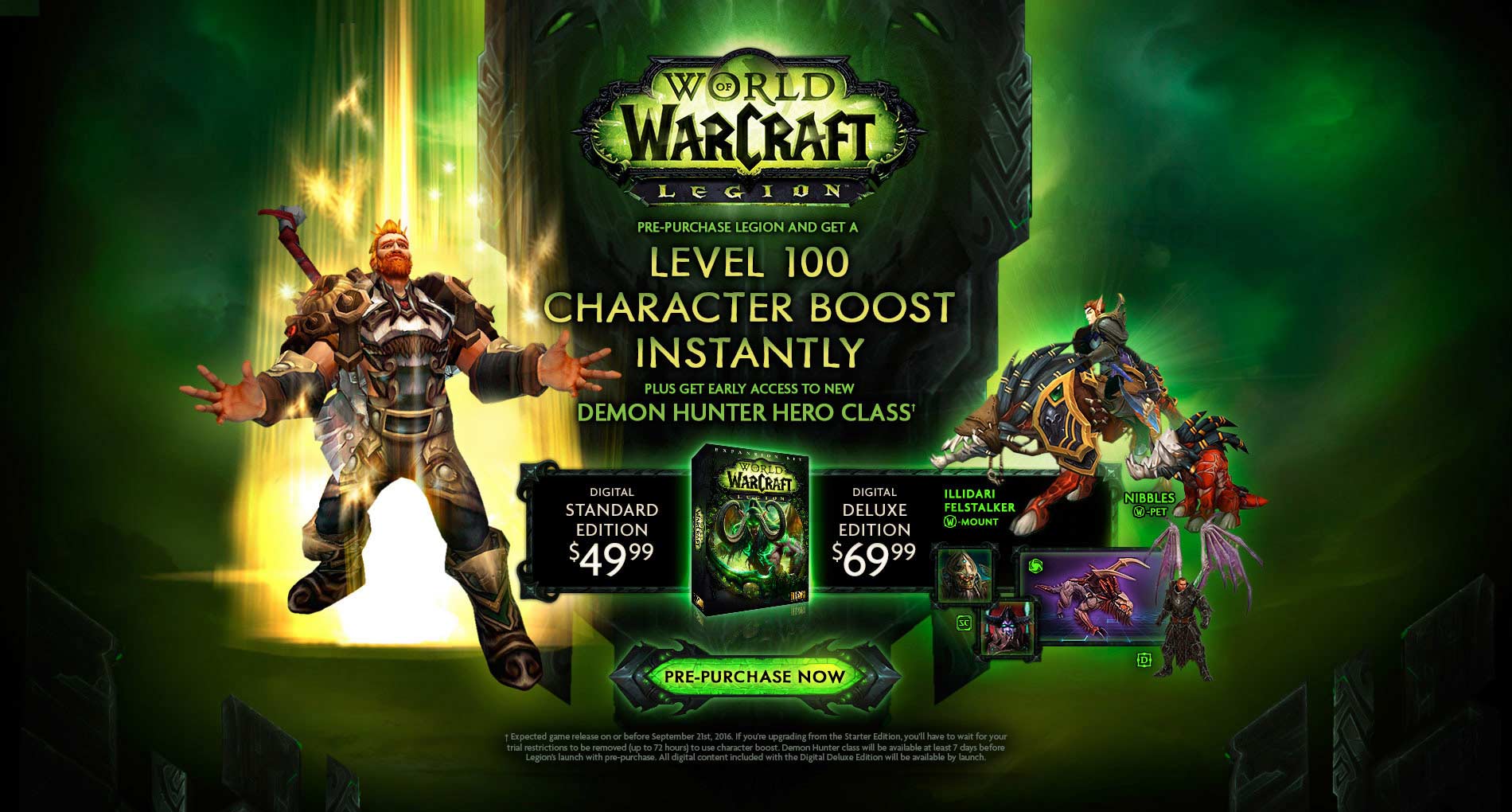 Legion will release on or before September 21, 2016. There are a few ways to interpret this information.

I personally think this is their drop dead date and that they will release sooner. I’m also pretty sure they’re going to giving Overwatch a very nice window. I’m predicting April 2016. I think that’s a nice 5-6 month window for them to hold a beta and finish up. I’m on the bleeding edge of extremes here, I know. The likely release date probably IS September 2016.

We’ll get a release date. They’ll talk about the cost of the game, some business model plans, etc. Lots, and lots, and lots of hype. The more I think about how badly they want to hype Overwatch, the more I think we’ll see Overwatch in April, and Legion in August-September.

I’m not expecting any announcements for Starcraft’s current projects. I think Legacy of the Void coming out is a big enough deal that they won’t overshadow it with anything else in the SC2 universe. However, I want to see announcements regarding a modernized version of the original Starcraft and Broodwar being brought to the SC2 engine — with multiplayer — by 2017.

I’m actually expecting nothing for Diablo except for a similar announcement about Diablo and Diablo 2 (plus expansions, minus Hellfire) being modernized to the D3 engine and coming out as full games — with multiplayer — by 2017 as well.

I’ll continue in the same vein and say that I hope a nice part of the opening ceremony will hype their revival of the ‘classics’ and for them to official come out and state that they are working on these revitalization projects. The job listings are there for these projects already,Â it’s just time to make it official. I truly hope to seeÂ Warcrafts 1-3 being a big part of this project.

Cards?Â (And probably a huge emphasis since this game prints money)

Heroes of the Storm

More heroes and stuff. I will be shocked if HotS gets much if any time in the opening ceremony.

Yes, I look forward to Warcraft 4’s announcement every single year. I hold my breath, I get disappointed, and I come back next year to do it all again. I really do think they could build off the hype of Legion and a Warcraft 3 revival to announce WarcraftÂ 4 coming in 2018 or something.

We know that Overwatch is coming to consoles. I think this is a big market for them. Now, as far as tablets go, I think we won’t hear a thing. They kept Hearthstone — their juggernaut F2P — completely nonchalant when it came to iOS releases. I doubt we see much pomp and circumstance over tablets.

A Big Year for Blizzard

Blizzard can go big this year in ways they haven’t been able or willing to in the past few years. With Overwatch, classic revivals, and a strong expansion on their listÂ it’s entirely their game to lose right now. This Blizzcon can set the pace for the next three years without even breaking a sweat. Let’s see what happens!