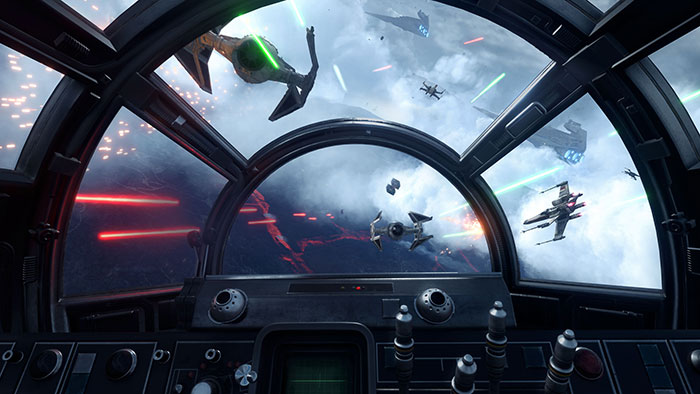 Star Wars Battlefront is out and, after much deliberation, I decided to purchase it after all. You may recall from my Battlefront Beta Impressions that I wasn’t thrilled by a few of the design decisions. I feared the game may be a short-lived phenomenon. I had a few concerns about the game’s longevity because of the maps, the modes, and the features. Now that I can play the full version, here’s how all of those things are playing out.

Thankfully there are a few more maps per mode than I had originally thought. The ‘biggest’ mode with 40 players has four maps (one on each planet). That brings up a good point: There are only four planets (Endor, Hoth, Sollust, Tatooine) comprising 12 maps, and those 12 maps are more like variations of the four planets or variations of the same map. While the diversity isn’t what I would have loved to see — like a Tattooine city.Â While not ugly in any way, most are very simple and somewhat flat without a lot of complexity to their impact on gameplay.

The modes are what you expect just with different names and range from capture the flag to dog fighting in ships. Except for the air battle mode, the modes are rather lackluster. Both Graev and I would have really loved to see a Conquest Mode similar to Battlefield. The modes for capture the flag and ‘droid run’ are fairly uninspired and lack a desire for much replayability since they drive combat closer to arcade grenade spam than they do tactical Star Wars battles. 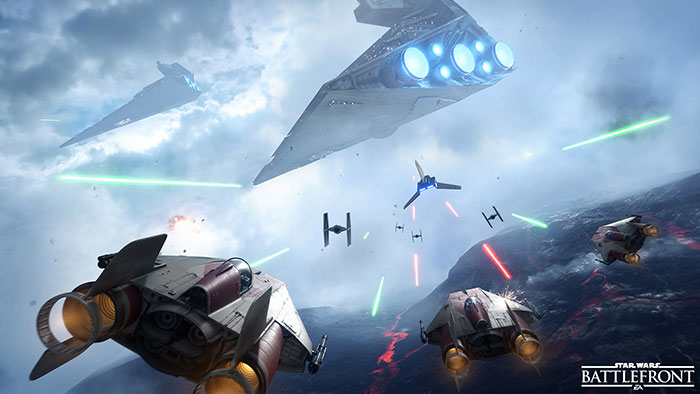 Herein lies probably the most important factor of all: Does Star Wars Battlefront have staying power? I have to go with my honest gut opinion here and say that it doesn’t have the staying power of shooters we all used to love and play 5-10 years ago. While fun, it’s more of that ‘flash-in-the-pan’ kind of experience. Some people call it the “Titanfall Effect” where its awesome, amazing, innovative, tons of fun, but you stop playing two or three weeks later.

The key to Battlefront’s long-term success rests entirely on how DLC and expansions to the game are handled. Unfortunately, EA doesn’t have the most amazing track record with its shooters — namely the modern Battlefields — and their staying power. I can’t see myself playing this 6 months from now. Does that mean I won’t get my money’s worth? That’ll be subjective. Personally, I’ll get enough hours out of Battlefront to justify the $48 I spent (Thanks to Best Buy’s game club I get 20% off new releases). 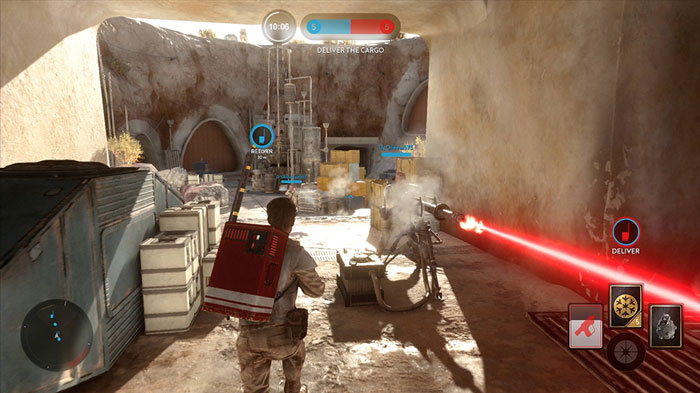 I stated back in my beta impressions that this system was lacking. It still is. Simply gaining access to new things linearly as you level and then spending credits you earn to unlock and slot them is too simple. They are completely missing the customization of recent Battlefield games. Alternatively we could compare this to Battlefront 1 and 2’s class system which they are also lacking. Instead, everyone is the same and you can simply change your character’s ethnicity and/or take off your Storm Trooper’s helmet.

Here’s where they’ve started to make great headway. I really, really like how they handled multiplayer and playing with friends. Inviting friends on both PC & Console is easy. Forming a squad works seamlessly. Playing with Graev on the PS4 has never been easier. Being able to choose a “partner” from your group so that you can spawn on them is a very nice touch.

Battlefront, like every game these days (Overwatch, Fallout4, etc), is designed for consoles first. The UI is defined by that experience. An in-game example of this is how AMAZINGLY well the vehicle control on consoles but how poorly they are implemented on PC. The game is full of amazing control and UI decisions that I enjoy — on consoles. 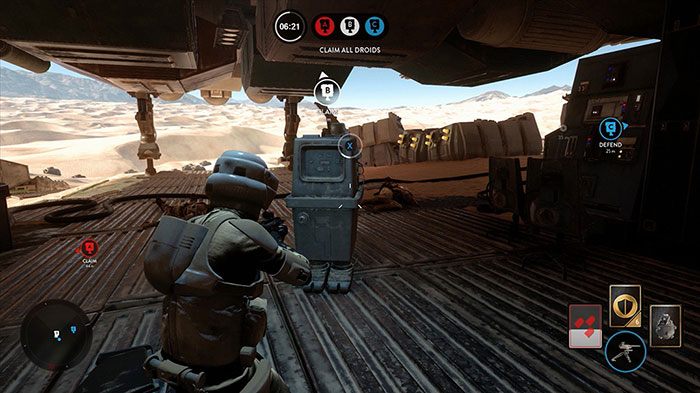 There are a few singleplayer modes that work mostly like challenge modes. Graev and I have had some fun playing these. Two nights ago we spent 2 hours trying to beat them on hard mode and failed after being really far into one of them. The harder modes are absolutely brutal and a real test of skill. While trying to survive waves of storm troopers or capturing pods may be a lot of fun — and being able to do it co-op is even more fun — I can’t say this is a replacement for multiplayer. Battlefront is a multiplayer game.

Despite my highly critical remarks so far, I feel that Battlefront is a very fun game. I am glad I bought it, and knowing what I know now I would still buy it again. I love the atmosphere. I love shooting blasters, flying X-wings, playing as Darth Vader (SO FUN), and strategizing with Graev on how best to defend our flag or take on incoming enemies.

Is Star Wars Battlefront worth buying? Yes, but go into this purchase knowing what to expect. Battlefront truly captures the Star Wars feel in a very modern way, but falls slightly short of bringing an innovative or new shooter experience.