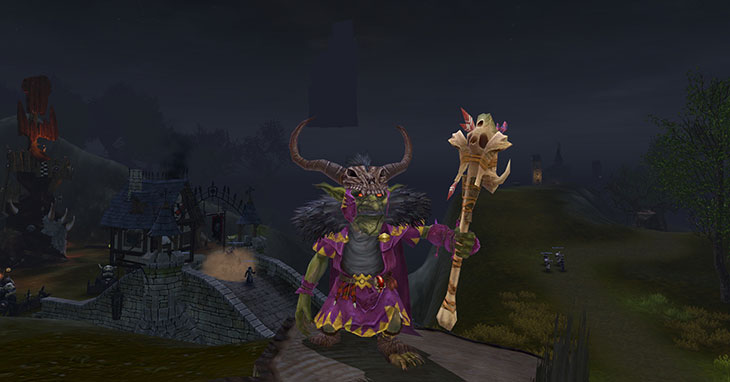 I found this picture randomly in a directory on my hard drive and was immediately inspired to share it with you guys and reminisce about the... good old days? Well,…

Sorry for the slow updates! I've had a busy week with work projects, and I haven't had much time to game or write. I need to catch up on a couple…

The time has finally come -- Warhammer Online Age of Reckoning is shutting down in December.  Sometimes I forget the infamously botched MMO is still around, and other times I…

Let's start the new year off with a discussion about PvP.  I was thinking about why PvP -- more specifically RvR/WvW -- hasn't succeeded or ultimately been a lot of…

When World of Warcraft launched in November 2004 is was new, it was shiny, but it really wasn’t as polished or infallible as people think of it today.  Aside from WoW’s launch issues, which mostly stemmed from Blizzard not anticipating the demand, WoW had issues that crop up in most contemporary MMOs.

WoW was evolving constantly back then, and surprisingly continues to evolve regularly even today.  There were itemization issues, stat issues, and content issues.  End-game wasn’t clearly defined.  PvP was anything but defined.  It was clear that Blizzard was learning like the rest of us how their future would unfold. I was there for all of it.

I remember playing and having discussions in general chat with the other players about raids.  All we knew at the time was that there was a raid.  Looking back at the 40-man raids of WoW’s launch and all they entailed, then looking at the raid finder experience of today, it’s truly mind blowing how WoW has evolved.  If you played the entire time, you’re even more aware of how many changes the raiding system has gone through and different systems/mechanics/features/implementations the content has seen over the years.

Then there’s the PvP system, which started out … actually it didn’t.  There wasn’t a “PvP system”.   There weren’t battlegrounds, rewards, titles, or gear.  It was just the ability to kill other players in zones like Hillsbrad.  Evolving just like raids, PvP has gone through countless changes over the years.

What am I getting at by giving you this history lesson? END_OF_DOCUMENT_TOKEN_TO_BE_REPLACED

I've given up trying to keep track of what to call them these days.  It's not Mythic Entertainment, EA Mythic, or EA Bioware-Mythic.. I guess it's just "Bioware" now that…

I don't know what to make of these rumors floating around about an Ultima Online 2.   All of the news entries about the rumors all start with a build-up about…

Mythic made several mistakes when making Warhammer Online.  If you believe there is nothing wrong with the game then stop reading now because we already disagree greatly and I will…

I'm not going to comment much on this story about the supposed EA employee identifying why WAR failed.   Whether or not it's true doesn't matter.  I'm sure most of the…