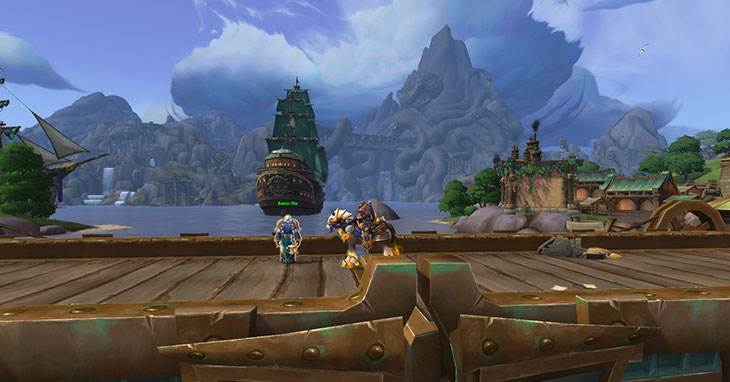 I've become extremely aware of how weak my character in WoW has become over the course of the transition from Legion to BFA. One one hand I'm the hero who defeated Sargeras and all that stuff. I wielded an artifact of extreme power. I'm the hero. At least I felt that way for a little bit.

As the expansion came close to release, the stat squish happened and a number of factors made everyone feel just a little ill-tuned. Suspending disbelief, I can accept that as it was necessary in order to avoid ridiculous number inflation.

But I wasn't expecting that feeling of being ill-tuned to continue as I progressed through content in Battle for Azeroth.

My character has progressively become weaker and weaker with every level. 110-112 was reasonable. But right around 113-114 I started to feel like it was taking me longer and longer to kill things. By 118 I was seriously struggling (relatively speaking).

I was obtaining items that were 80-90% better than what I was wearing based on their stats (and fashion too!). Yet, despite my best efforts, I began to feel like I was crawling to the 'finish line' of reaching level 120.

Now at level 120 I'm still struggling, but I assume it'll start to flatten out for the "normal mobs" at 120. Now, at least I hope, that as I obtain a higher item level I'll be able to kill faster and survive more.

Why is that the case? Does anyone know? I get the basic principle behind it that this is all about scaling, but why couldn't it have scaled in such a way where I felt like I did at 110 the whole way? I can tell you right now it was certainly more fun. Oh, and don't think think I was decked out... my gear wasn't even LFR quality. I was in basic Argus gear going into BFA.

Mudflation is one thing. I get when a new expansion comes out the basic greens are better than the raid gear. I just don't get why I feel weak and pitiful as I supposedly achieve a higher level and use better gear.