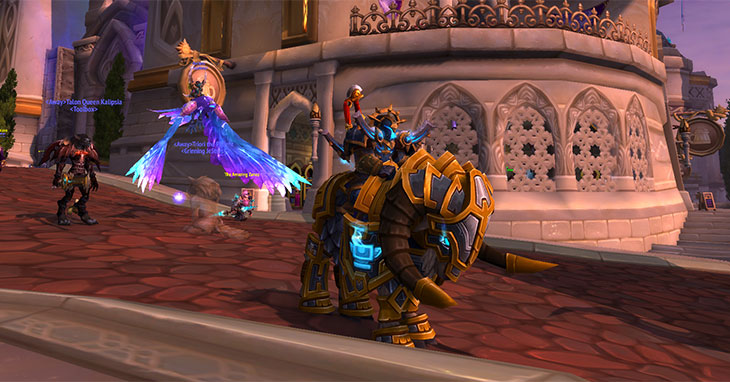 As much as most people wanted the pre-patch for Battle for Azeroth to come out, I think it should have waited a week.

The pre-patch came out yesterday, and most people talking about it aren't impressed. Why? Well, it's quite simple.

All Blizzard did in this patch was essentially take things away. Artifacts are drained, many abilities gone, and tuning is a little of of sorts. People generally feel less powerful and can't do most of the things they felt like they could stomp through.

Instead of being distracted by the new content, there's actually nothing new to do. The balance changes went in while players are left to do the same raids, run the same dungeons, and fiddle with world quests.

The stuff they're adding, like the new story content, catch-up gear stuff, etc., is all coming next week when the Darkshore and main event stuff starts.

I took the time to run around and do a little essence gathering, and to play specs to see how they changed. Honestly, I don't even feel like I got a good sense for that and probably won't until the spec is max level in BFA.

Blizzard did give everyone a free legendary in the form of 1,000 essence in your weekly chest, though. Yay!

I spent yesterday evening -- the 30 minutes I had to play -- looking for things that changed. What I liked most were the new models in Molten Core. The fire elementals look soooo good now. They even give off that shimmer of heat that distorts a bit, and their faces and fire ook really good.

Alas, it appears I'll be dabbling in other games until next week.

Oh, but I did get a really sweet looking new Paladin ram mount! This thing looks AWESOME and comes out when I use my cavalier ability too.