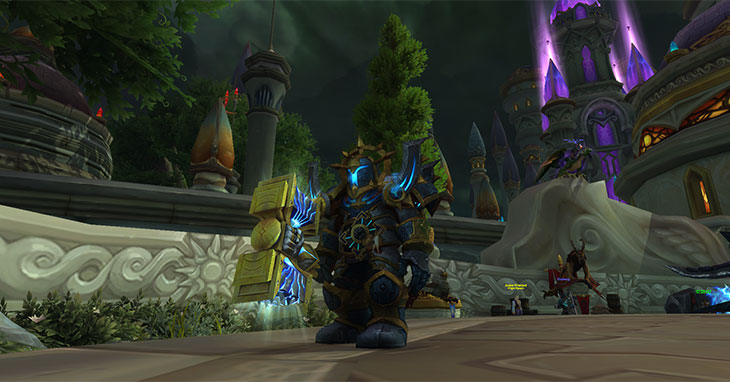 Lots of WoW posts around here lately, but it's the MMO I'm playing and there's a lot to say on the subject.

Legion is just about over, and the pre-patch for Battle for Azeroth arrives July 17th. In addition to the features coming ini patch 8.0, and a few extra tweaks I'll talk about in a second, I feel like Legion as a whole is ending better than it began.

That's a good thing! In hindsight, I simply wish the beginning were just a little bit better.

Artifact Power is Easier to Come By

In the beginning of the expansion, artifact power was so scarce it felt like I had to put in more time than my full-time job just to progress at a reasonable rate. Despite wanting to play multiple classes and enjoy the alt experience, it simply wasn't possible.

Fast-forward later in the expansion and getting AP was much, much easier. Modern AP gains are obviously broken as the scales are all jacked up, but infinitely closer to how it should feel comparatively.

I like playing alts, and gaining AP shouldn't be a chore. It should feel natural and as fluid as leveling your character.

Specific Legendaries Can Be Purchased

I've always been bothered by the way Blizzard handled Legendary loot in Legion. This 'random' (which wasn't so random) system of getting legendaries messed with me a lot. They even botched the whole bad luck bonus.

To make up for sucky luck, people like me could spend waking essence to purchase a random legendary. That also completely sucked. As a fan of the token system from WotLK, I would like to specifically choose what I get for my time investment. I don't mind collecting the currency to make the purchase since I gain it by playing my way, but let me choose my legendary.

In patch 8.0, players will be able to do just that.

With the Battle for Azeroth pre-patch, youâ€™ll notice that the vendor who sold tokens that granted a random Legion Legendary item will now allow you to purchase specific Legion Legendaries relevant to your specialization. These are sold for the same cost that the token was sold for previously.

Battle for Azeroth is just around the corner, so we wanted to take this opportunity to allow players who are trying to complete their Legendary collections a more straightforward way to do so, as well as give or new or returning players a way to pick up some strong items to prepare for leveling.

These items can be purchased from Arcanomancer Vridiel in Dalaran for 1000 Wakening Essence. To help with this, many sources of Artifact Power will now grant Wakening Essences instead. Enjoy!

Sadly, this come just as players will no longer be able to complete the Mage Tower challenge. People like me didn't have the legendaries which would have made that challenge so, so, so much easier.  Oh well!

Going along with buying specific legendaries, there will also be more ways to get waking essence. Currently it's only available from specific things such as your first random heroic dungeon for the day. This means casual players woudl have a much harder time achieving the 1000 essence needed.

I'm hoping all of the artifact power items now give waking essence. I imagine if each one were 30 or so that would be a really nice incentive to actually do world quests for the month remaining before BFA arrives.