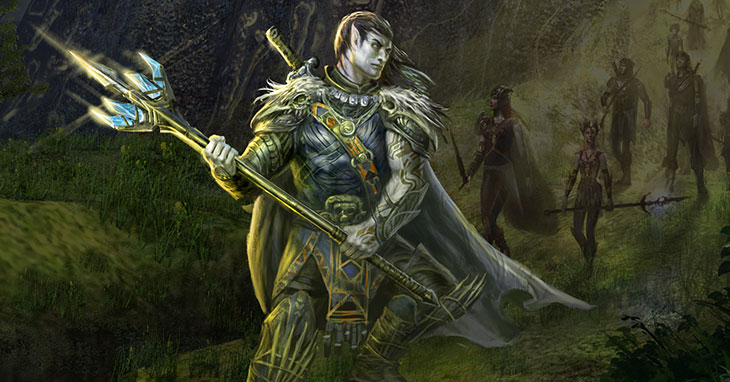 The Patheon twitter asks yet another question I feel inclined to write up into a full post. Their latest question raises a tough point that many of us old school mmo vets will know all too well.

Scenario: You're happily camping a named mob after waiting patiently to get the camp from someone else, along comes a random player who just starts competing for the named spawn, you ask them to stop and they ignore you - what do you do?

Here are the results of their pull at the time I took it. Sadly, most people voting "train them" are probably responding that way because of Daybreak/SOE's complete lack of support in the past. Way back in the day there was something called the "play nice rules" that were actually enforced. How do I know? Because I was reported and a GM came and talked to me about what I was doing and forced me to comply.

It didn't take long for support to abandon the players, creating a wild west of kill or be killed. That meant you often had little recourse to protect yourself and/or your camp. Training was often your only option... or you could log out/find something else to do.

How this SHOULD Work

You should report the user for violating what should be a community standard. If someone has a camp, it's theirs. If you don't like the game because it has camps, lines for spawns, etc., then find another game. Don't punish a player.

This is where a lot of people will chime in to the tune that this wouldn't be a problem in a game like WoW or a "modern" MMO. Instancing, phasing, mechanics et al that make it so that you're never waiting for anything you need to do are now the norm.

I find myself in what I believe to be a common dilemma. On one hand I like the idea of a static world where there isn't an instance waiting to be spun up to suit the needs of anyone who comes along. I like knowing there's one version of that boss and we're all sharing a world. It creates more immersion and realism for me. On the other hand, I like being able to actually play the game when I have time to play.

We need one world. No instancing. We need to be able to have a full-time job yet still log in for an hour or two a day and make progress without being stuck unable to do anything. To that end, there are solutions.

Social Tagging - Everyone gets "credit", which in a game like EQ would translate to "everyone gets loot." I like this option. Everyone works together. This does favor a "no drop" system as to not break the economy.

No Loot from Camps - What if there simply wasn't a rare spawn in a camp that dropped loot? That would certainly stop us from sitting on our butts for hours waiting for a mob to spawn just to lose it to a griefer. Rethink your content design.

What Definitely Will Not Work

If there's one thing that will never work in an open-world MMO it's community policing. It doesn't work anymore because there are too many people playing. Back when there were a few thousand people on a server tops, maybe it meant something to put someone on an ignore list. Today? Not so much.

This is a complicated issue. I don't think I have the answers because all of mine have flaws. There's not going to be an easy fix. I look forward to seeing how it will be handled in Pantheon.