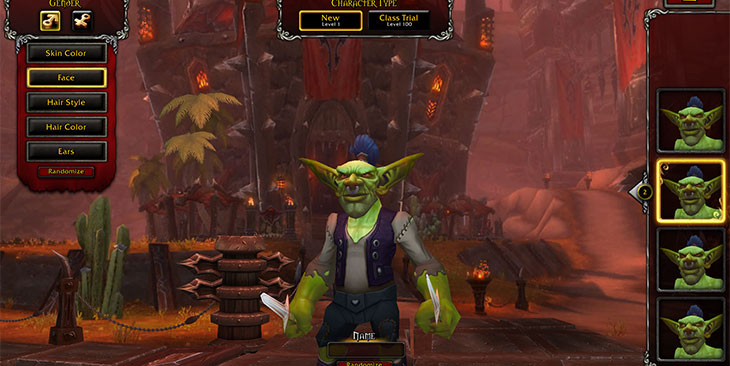 How long does it take you to create a character, are you someone who takes a while to get it just right or do you blow through and create any old character just to get into the game as fast as you can?

That's an awesome question with multiple avenues to explore.

If an MMO has starter stats or some form of decision making process right at character creation, then I'm going to take some time thinking things over. In fact, the idea of picking my starting traits, stats, skills, etc., has been the source of much stress in my life.

The decision to customize my character's performance and even major developmental direction before I even play the game has been a big reason why I sometimes won't even pick up and play some RPGs.

I remember wracking my brain for HOURS over my stats and deity chose in EverQuest. Where do I put those points?! Will 5 more into dex really matter? Ultimately, after a few years, those stats meant little so it was okay to do what you will, but when the game first came out those dictated how you'd experience the game in a big way.

Despite being that guy who likes the choices for my character, I don't want them before I get to experience how he plays. I'd rather be given templates or pre-sets that do not require much choice. Class, for example, is fine.

When a game gives me too many choices for character customization, I'll typically pick one of those default choices and skip the process entirely. I might make my guy as short and fat as possible, but otherwise I really don't want to adjust the size of the bridge of a nose or adjust eyebrow height. To me that's major overkill.

A few really good presets with colors are fine. I think World of Warcraft nails this, and then they also let you go to a character appearance changing NPC if you change your mind. But let's me honest, you're covering yourself up in armor soon anyway.

Are the choices we make at character creation permanent? If so, I'll spend a LOT more time figuring it out. Permanent choices are great, and I'm a huge proponent of forcing players to make choices, but they can cause much of the anxiety I spoke about above if they're presented too soon.

Let's Minimize the Barriers to Fun

For me, I enjoy playing MMORPGs. To a certain degree I enjoy analyzing them, but most of my fun comes from playing.

Is character creation a barrier to me having fun? If so, it should be rethought. There's merit to allowing the players to get in as fast as possible to begin experiencing the world. Put those choices shortly after they get in the world. Let their choices they make in-game shape the nature of their character.