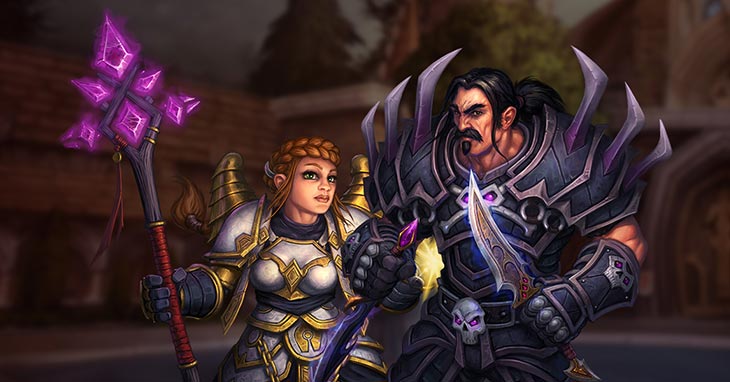 These past few days I’ve been weighing my options for a return to that game that must not be named. I’m looking at classes and considering my options for an uber-casual “do the story stuff and see what happens” return, as so many of you have encouraged in your replies to my recent MMO posts.

While browsing around forums and fan sites I came across a statement from community manager Kaivax where he says that class development is pretty much done for Battle for Azeroth.

I wouldnâ€™t call anything â€œlockedâ€ during testing and active development. Our development processes are as iterative as theyâ€™ve ever been, and weâ€™re always looking for places where we need to make further changes to meet design goals.

Having said that, weâ€™re close to finished with the changes to the rotations and the look and feel for most specs. Weâ€™ve still got a few changes coming soon in the Beta to Unholy Death Knights, Frost Death Knights, and Protection Warriors.

He goes on to say that they used alpha as a time to make the big changes, but now they’re going to focus on how they play out with itemization and only addressing rotational issues that come about from that testing. Of course, as always, there’s wiggle room to change their minds.

Not being an active player (or a really a player at all) in quite some time, I don’t have insights into what the classes all play like or how they feel. What I have seen from the vocal participants on forums and fan sites, however, is the usual disdain.

From an MMO veteran’s perspective — the perspective of playing these games now for over 20 years — class balance is always evolving, and it will never make everyone happy. There will always be classes with underutilized abilities, and one that feel like they never get any changes at all. I tend to think that if everyone is pissed off, the developers are doing something right.

The more they futz with class balance, the worse it’ll be for everyone. WoW has somehow managed to change class balance so often that the best classes become the worst, and then make their way back to the top. This itself has probably been a reason people haven’t quit playing — you never know what’s going to happen one expansion from the next!

We’re around the 4 month mark until release? Yeah, it’s time to lock this stuff in. I think it’s also important to note the big statement here: Class/spec tweaking isn’t done, just the major overhauls. If X class is OP because it does a ton of damage, all it takes is a small percentage modification to over adjust that class into oblivion.

Now for me, this is a decent spot to be in because I’m looking at what class I might play if I reactivate my account for that game. I want to start over if I play. I want to experience the scaled world and regain a perspective on the story. I want to try a class I’ve really never played much before (so that rules out Hunter and Druid mostly).

I want a class that has really low actions per minute, or in other words isn’t jamming keys constantly. I don’t want to have to use the right ability at the perfectly right time in order to squeeze out a micro-percentage increase which over consistent perfectly executed keystrokes yields the difference between sucking with that class or dominating the DPS charts. I want a solid, easy to play rotation. I don’t want to tank, and I don’t want to heal at this time.

The class I’m mulling over right now is an Affliction Warlock. I hear they’re strong, and their rotation isn’t complex. True or false? I also hear they’re being tuned downward in BfA, and that Shadow Bolt is coming back. Is that good or bad? I’d love insights.

Have a class you recommend that fits my exacting and overly-picky standards? Do tell.