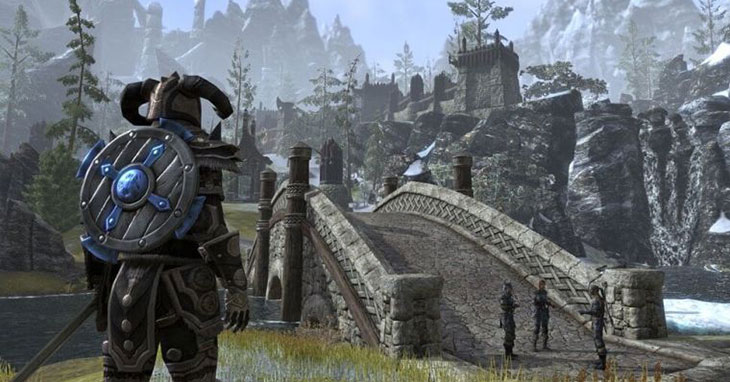 When is The Elder Scrolls VI coming out? Sorry, I don't know. That's why I'm asking.

I've recently been on a Skyrim kick thanks to the Switch version being an awesome way to play the game on the go and/or away from a traditional TV setup.

I'm also watching a lot of Oblivion being played by a streamer named DansGaming. He's currently playing a modded play-through and I've decided if by the time I'm done with Skyrim and bored enough, if nothing else is out to play, I'll be doing the same.

All this Elder Scrolls has me thinking that we're due for a new release here soon. Technically, we're way past due. Morrowind came out in 2002. Oblivion came out in 2006. Skyrim came out in 2011. It's now 2018, and even accounting for the increased development time between games, we're due.

Peter Hines was on record in the last year saying that there are two major releases ahead of any Elder Scrolls 6 release. And technically, they're still milking their Skyrim cash cow and ESO. The incentive to rush another out the door hasn't quite piqued. That said, I'd like one before 2024. Two major releases? Do we even know what one of them will be yet?

I'm a sucker for the new and shiny. I just want to know details, how they're expanding the universe, what they're doing to re-imagine the skills and concepts. Each game seems to streamline so much -- some good, some bad.

Any good ideas for how to scratch that itch? Other than playing Skyrim like I am right now?