I need to come up for a breath of air and actually post something! Sorry for the slow posts, but I’ve been having a blast in EverQuest on the Ragirefire server. I have a lot of stuff to write about, but for the most part I want to focus on giving you guys a brief update with where the game/server is at in general and some of my impressions of EverQuest after over a decade of not playing any official version.

Daybreak just announced tonight that a NEW progression server is coming because of how popular Ragefire has been. The new server will be called Lockjaw. Right now it remains to be seen if a merge will take place down the road, or if this server will suffer the same fate as Vulak (Fippy’s counterpart) did when it became a ghost town. The reason for the server? Yeah, it’s due to the success, but that success has meant queues. On average, the wait time to play all weekend was about 1.5 hours. Oh, and yeah they added a queue. Before the queue, it was mashing the login to see if you could get lucky.

The first Nagafen, Vox, and Phinny kills happened only days after the server launched. Just goes to show you that not only do multiboxers have an advantage, but this isn’t the same EverQuest I remember. This version of Norrath truly is a whole new world.

The Norrath I rememberÂ wasn’t full of 80% Mages. Right now, Mages, Necros, and a few other magic classes are so broken that they can burn down yellows like they were nothing. Groups right now are pulling piles of mobs and burning them all down in a DPS race. The Norrath I remember was a careful approach to pulling one mob at a time. 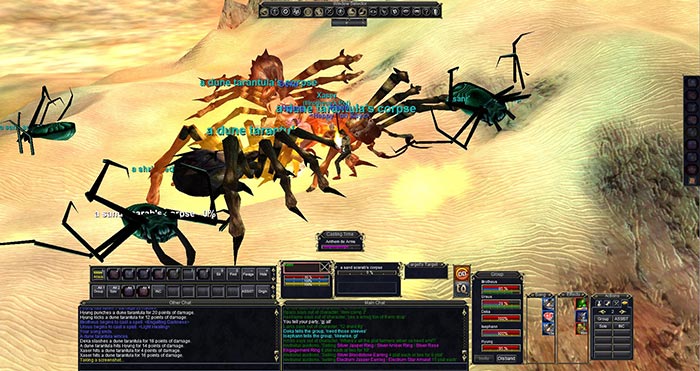 Leveling is also much, much quicker. Not only is it hard-coded at 2x, with the decrease in difficulty you can plow through mobs without breaking a sweat. Last night in North Ro I was pulling mobs to my group. I’d bring in 2 red con Dry Bone Skeletons, a Yellow Crypt Mummy, and anything else I could possibly snag all at once. In a matter of a few hours we had each gained 3-4 levels. That’s absolutely unheard of in the Norrath I remember. To top it all off, I was tanking — a Bard.

Zones have also changed considerably. They turned South Ro and Oasis into one zone, did something to North Ro to make it squat, merged the Commonlands into one zone, and completely destroyed Freeport. I’m not sure how I feel about the other zone changes, but Freeport definitely sucks.

While this is so far, far away from the Norrath I remember, I’m still having so much fun I can’t stop. For the first time in YEARS I’m antsy to get done with work and play. Something about EverQuest, even when it’s not truly the EverQuest of old, captivates my attention like no other game has ever been able to do.