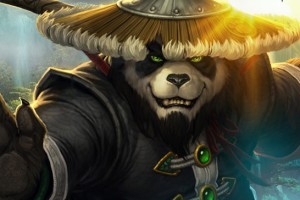 As I mentioned the other day while discussing the 3-monther, Blizzard did exactly what they needed to do with World of Warcraft back in 2004: Make something unique that addresses a need in the market.Â  As this GameIndustry.biz article points out, Blizzard’s success is not magic.Â  GameIndustry thinks it is hard work setting World of Warcraft apart.Â  It’s not hard work at play here; No, it’s good work.Â  Success is enjoyed because WoW is unique.

Back in 2004, WoW was unique because it was different.Â  Today, it’s unique for being the best and most innovating leader among its clone army.Â  You see, despite what the GameIndustry article says, WoW is indeed an outlier deviating markedly from other members of the sample.Â  Among many other reasons — and I do mean many –Â  a major factor in success then and now is uniqueness.

Going back to my original statement, WoW originally succeeded for being unique.Â  We can analyze the reasons for WoW losing subscribers, or for having a low retention rate every expansion, but I believe the answer is simply that the expansions are no longer unique enough.Â  WoW expansions are 3-monthers in a bottle.

The same principles apply to creating a new long-lasting MMORPG.

The GameIndustry article did say something with which I not only agree but think applies to the 3-monther: “Attempts to copy or clone [WoW] have ended in, at best, reputation-sapping climbdowns and transitions to free-to-play business models; at worst, complete commercial disasters.”Â  In other words, if you make a game closely resembling a 3-monther it’s no wonder you end up with one.

As I said before, the proven long-term framework of the past is being ignored without any contemporary proof to disprove its success.Â  That’s fine.Â  I believe there is every bit as much an opportunity for something completely new — the next WoW, perhaps neither sandbox or themepark — to move us forward.