We have modest expectations for Microsoft this year at E3.Â  The Xbox 360 currently leads the console wars which means their chances of announcing anything related to a new generation are zilch.Â  Microsoft will milk the lead they have, and we both expect their focus to be on the Kinect, Halo, and the limited time DLC exclusives for upcoming third party titles like Black Ops 2, Assassin’s Creed, and Grand Theft Auto V.

A new Gears of War will be at E3 and you can bet Microsoft will pimp it out.Â Â  We actually believe it will simply be another Gears game and not be a Kinect game; That’s a good thing.Â  Halo 4 will also, hopefully, be another regular game without Kinect, and you can bet Microsoft will make a huge deal out of the fresh start it’s getting from 343 Industries.Â  Honestly, we’re not really interested in more Halo and think Gears of War needs a break.

Microsoft has to make something out of the Kinect.Â  This is year three of a near-worthless piece of hardware.Â  We expect Microsoft to move their core games away from the Kinect, as we noted above, and continue to turn it into a multimedia device; That is, after they finally make the one game that would actually be awesome on the Kinect: Black and White.Â  That’ll never happen.

Wrapping up our Microsoft expectations, we’re cautiously optimistic that Fable the Journey may end up being okay, but we’re worried about the Fable franchise now that Peter Molyneux and others have left; Will Lionhead become the next Rare?

Microsoft needs to push the core gamer demographic that they currently, somehow, manage to control.Â  An E3 miracle would be introducing an actual service for Xbox and Windows 8 that doesn’t suck — our fingers are crossed.Â  Bottom line, they don’t want to make their console look old until after this holiday season, so they’ll be playing up, as usual, the exclusives and great things Xbox has that its competitors do not — we just hope they’re actually great.

This will be an interesting year for Sony. Will they or won’t they talk about the next Playstation?Â  They say they’re not, but many think they will.Â  In our opinion, why not sneak it in and give themselves an edge.Â  As for our general expectations for Sony, we believe the Vita will be the center of the Sony presentation because sales aren’t spectacular.

The key for Sony to gain traction with the Vita, at least for us, is a price drop, allowing a single purchase to work on the PS3 and Vita, and pushing the tech.Â  We really want to see the Vita and Playstation 3 multiplayer cross-platform shown off.Â  Show people playing Black Ops 2 and PS All-Stars together on the Vita and PS3. 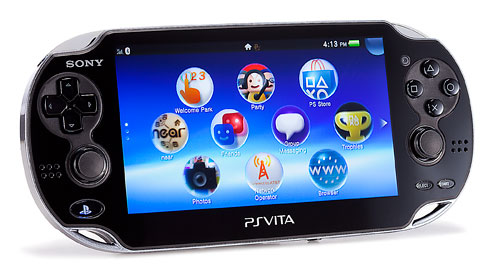 We expect and think it is a necessity for Sony to continue improving the PSNetwork.Â  They can definitely improve the functionality, and have the improvements carry over to the new console in the future.

PS3/Vita Games we’re looking forward to seeing or want to see at E3:

Sony isn’t in bad place right now.Â  The Vita has tons of potential, Sony is getting exclusives, AND focusing on the core gamer demographic more than the current Wii and Kinect-centric Microsoft.