E3 2012 begins next week and the coverage around the web is going to explode with details about new consoles, release dates, and reasons for gamers to anticipate upcoming games.Â  We’re going to kick off our E3 coverage by detailing what we want to see from Nintendo this year. 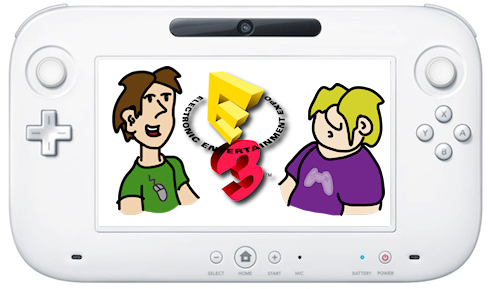 The Wii U will most likely take center stage during Nintendo’s press conference, and if Nintendo has come prepared the whole expo.Â  Right away we want to see a new name announced for the Wii U.Â  The connection to a previous console generation — one that failed to attract the core gamer for Nintendo in a big way — is a mistake.Â  Unfortunately, we doubt it will happen because of the extensive branding Nintendo has done for the Wii U.

Nintendo needs to bring it with their Wii U launch lineup.Â  Lagging behind the Xbox 360 and the Playstation 3 for years hasn’t done them any favors with gamers like us.Â  Sure, we love the first party Nintendo titles, but they’re few and far between.Â  When a new third party game launches, we don’t even consider the Wii.Â  That needs to change with the Wii U.Â  The new Aliens game is coming to the Wii U and we know about Darksiders 2 already which means Nintendo is hopefully off to a good start.Â  We want to see efforts made to bring the core gamer back to Nintendo.

Graphically, the Wii U is rumored to be on par with the Xbox 360 if not only slightly better, and we have lost all desire to even stomach all things ‘waggle’. Â The Wii U controller is the linchpin with perhaps a little too much riding on it.Â  That controller with a screen in the middle needs to be at the front of first and third party titles’ innovation, and Nintendo absolutely must allow multiple people to use them instead of one new remote with others forced to use waggle sticks.

Achievements and better online functionality are also a must for Nintendo.Â  We’d love to see an achievement or trophy system, perhaps integrated into Nintendo.com or somehow sharable with others.Â  Multiplayer on the Wii sucks, so we’re anxious to see how Nintendo addresses that on the Wii U with the already announced “Nintendo Network”.

Nintendo already announced they’re working on a new Pikmin and Super Mario title and teased unrevealed titles for the Wii U on their Facebook page yesterday.

Despite their likelihood, we have a list of the games we want to see talked about at E3 for various Nintendo consoles.

E3 2012 is Nintendo’s year to lose.Â  We hope to see them bring their best to contend with whatever Sony and Microsoft have to offer.