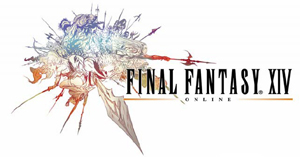 Graev: I think the trailer looks really cool and something I would definitely be interested in. I regret now not getting more into FF11 because, from the concept, it sounds like something I could have enjoyed. Hopefully this time around I will be able to enjoy 14. Just thinking about it, I bet they won’t have NA servers. The language barrier from 11 is something that put me off. I think a lot more people will play 14 though because in order to play 11 on the PS2 you had to get a hard drive as well as buying the software. For 14 all you’ll need is the game. One downside though to being a PS3 exclusive (I’m betting more than anything PC as well) is that it has a smaller install base than the 360, so they’re potentially limiting their sales which will probably support the theory that they will have shared servers with the Japanese to make up for less people playing – I just can’t imagine them giving us our own server(s).

Keen: Interesting.Â  They’re making another one.Â  I hope and pray that this doesn’t feel like another console port to PC, assuming it comes to PC.Â  When the announcement dropped he was very clear when he said that, on CONSOLES, it was exclusive to PS3.Â  I won’t get my hopes up that it will come to PC.Â  If it doesn’t come to PC then I won’t touch it because Graev will be all over it, but if it does then I’ll more than likely play it with Graev.Â  I’m not a fan of the character models, which it appears they’re sticking with, and the trailer was severely lacking in the Taru Taru department…Â  Here’s hoping for a PC version.

Keen: Hands down the best trailer for a MMO I have ever seen. It’s Star friggin’ Wars people. This trailer was better than movies 1, 2, and 3 combined and represents, hopefully, the quality of production that we’ll see from Bioware now that the greatest IP ever has been handed off. I want gameplay footage!!! It’s a stretch, even for me, to watch this trailer and start speculating about gameplay. I can only express my deepest and sincerest hopes that the gameplay is as smooth and engaging when played as this trailer was when watched. The hype train is pulling out of the station folks and this time it’s not a blogger or a dev at the controls. This trailer has resonated and awoken a sleeping giant of anticipation for all gamers. To paraphrase a comment from SWTOR.com: “The force is now strong enough to pull me away from WoW.”Â  For those of you who think the hype has already peaked, you will be surprised… [Yoda voice] You will be…

Graev: Cool trailer, but that’s all it was. It doesn’t tell me anything about the game – nothing about gameplay. I’m probably one of the only people that hasn’t seen any gameplay of SWTOR, so all the trailer was is something flashy. Bioware has a good track record but I think it would have been even better if they actually showed something.