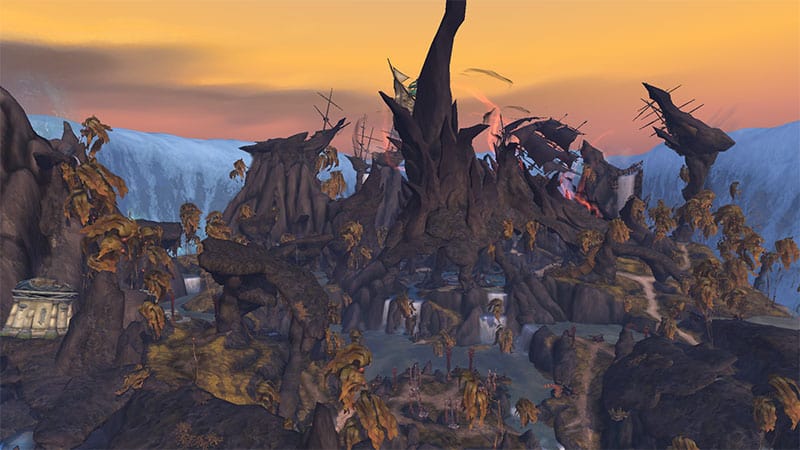 WoW's 8.2 expansion came out almost two weeks ago. As someone who has been quite a dedicated player during Battle for Azeroth, I thought I would share my thoughts on 8.2 -- particularly my 30,000ft looking down thoughts as they apply to existing players and players who may want to return and jump into the second half of this expansion.

The new zones are thematically wonderful. I enjoy both settings. Nazjatar is breathtakingly beautiful and the scenery is truly second-to-none in this expansion. Mechagon is a bit more simplistic in its design, but the theme is on point.

Content wise, both zones kinda suck. There is very, very little "playable content" in these zones. I do not count grinding world quests and dailies as "playable content." Repeating the same sets of quests over and over each day to gain reputation is not playing a game.

Both zones have a sprinkle of story/lore to them. Nazjatar is the prelude to Azshara's Palace raid, and Mechagon sets the stage for why we go into Operation Mechagon. Neither are truly all that memorable. 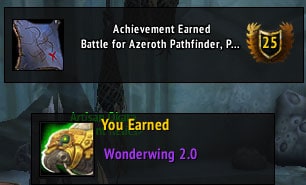 I unlocked flying after 10 days.

The Grind for Flying

Here's why the "content" isn't very fun: You have to grind it to gain the reputation needed with two factions in orders to unlock flying. This slog took me 10 days of doing every single daily and world quest except for the pet battles (I didn't have the pets to win them).

While only 10 days, this was one of the most boring things I've done in WoW since I returned to play over a year ago.

Exactly how I felt after unlocking flying.

I'm in a guild of ~20 very active players. Only two of us have flying right now, and maybe 3-4 others are even halfway there. The rest aren't even bothering, and many have gone inactive as a result of the grind and "unplayable content." Yikes.

Essences for the Heart of Azeroth

The new essence system is very similar to Legion's Netherlight Crucible. You basically get to slot special powers and abilities into your necklace. I like the system. For the most part, the essences offer some neat perks. There's no stupid cost to replace essences, and finding them is very transparent.

The part that I enjoy most about WoW right now is the Mythic Dungeon treadmill. I enjoy going into dungeons with guildies and challenging ourselves to beat our time and then complete harder difficulties. I enjoy the pace at which this rewards me with gear.

I also enjoy the season aspect of the treadmill where it resets every 6 months or so. This has allowed me to swap mains each time and play a different class. The catch-up mechanics have allowed me to not feel locked into one class. This has definitely helped keep me engaged.

The two previous raids have been a fail for me. Although I beat Heroic and got Ahead of the Curve, I found neither of them to be a lot of fun. Uldir, by far, was the worst. Compared to Uldir, Battle of Dazar'alor was awesome... but that's saying very little.

I have high hopes for Azshara's Palace. I think this will be the first raid so far that actually progresses the 'big picture' story in Warcraft's Lore. We're actually going to fight Azshara, which is something most of us have been thinking about for 14 years.

Now is a great time to jump into WoW.

Though a harsh critic of the themepark model, I continue to enjoy WoW's ability to provide me with a casual experience that adapts to my chosen pace. It's perfect for me during this time in my life where I don't always have a lot of free time to a reliable schedule to game.