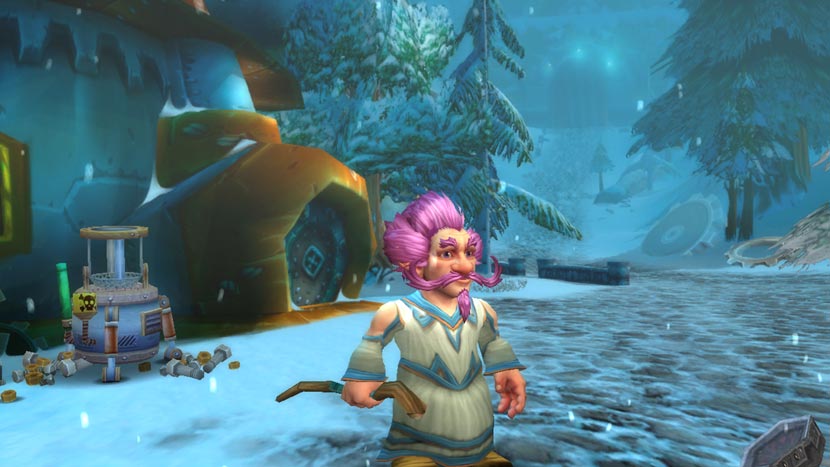 Something I love about WoW, and I grow even more fond of as time passes, is the catch-up mechanics. It's a brilliant system that allows people to never be too far behind the top-end gameplay.

I remember going back to play games like EverQuest 2 and realizing just how impossible it was to catch up to people who had played for several years. It simply was never, ever, going to happen. That's an awful feeling.

Why place an impossible barrier to entry between new or returning players and the current content where the majority of the long-term players are hanging out?

In Battle for Azeroth I have witnessed this in action on multiple occasions. During the first season, several of the people in my guild got bored and quit. They returned two months later for season 2 and were able to catch up -- even pass me up -- with the reset on gear. We could play again together. Season 3 is about to do the same. BFA itself brought back someone who hadn't played Vanilla, and they're already running heroic raids and M+10 keys. That's pretty neat.

I'm always wanting to try new classes, but I get really discouraged when faced with the prospects of spending months to gear up a character again. Catch-up mechanics help to negate this barrier by giving me an opportunity every few months to put in minimal effort to have a current-content-ready character.

Catch-up as a Standard for All MMOs

I get that some players like the idea of outpacing others. I also understand, and even feel this way myself, that working hard for gear just to have it trivialized a few months later doesn't always feel great. But I weigh those feelings against the other side and conclude that I'd rather have a healthy community of people coming in/back to the game. I'm also all about deflating the value to gear. The more we de-emphasize gear, the better. BFA has done a fantastic job of doing that, and while that chases off some of the 1%, it keeps me playing and looking forward to each new season.

I think this belongs in every MMO, in some fashion. I think about MMOs on the distand horizon -- like Camelot Unchained and Pantheon -- and I hope they're smart enough to consider (even in their "we're hardcore!" mindset), the added benefits of these regular 'resets'.