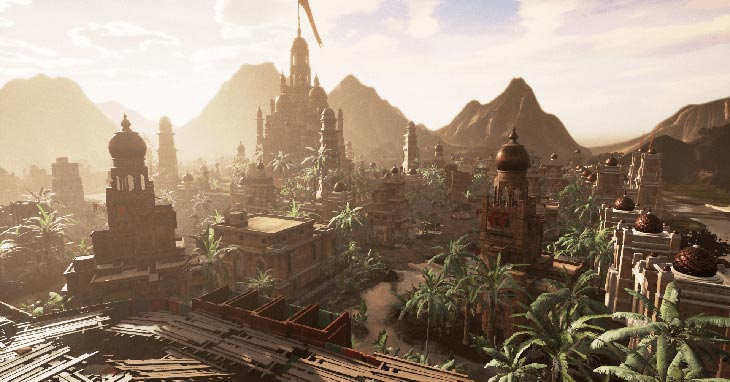 As we wind down the year and turn our attention toward the next, I want to review some of the MMOs I think we should be watching in 2019. Please note that I am not saying that this is a list of what comes out, or a list of what I think will be the best games. These are simply games worth watching, and my reasons for putting them on this this are below.

Pantheon: Rise of the Fallen

Pantheon continues to gain momentum as they inch closer and closer to a release date. Brad and the development team are creating a very true-to-form recreation of the pseudo-open-world-sandbox-feel that EverQuest provided us nearly 20 years ago. They're aiming for the right motif and chanting our beloved mantra, but will they execute a game that is 'technically' sound and a joy to play? That's my concern.

On the other end of the spectrum from Pantheon is the up and coming -- yes, still coming -- Camelot Unchained. CU is poised to usher back in the RvR (read: superior version of PvP) gameplay we've missed these past 13-15 years. Every once in a while some images, streams, and commentary are sprinkled in giving us a glimpse of what we can expect. Everything points to an epic result, but once again my concerns are with the execution. Every time I see something of Camelot Unchained I cringe just a little bit -- whether it's animations, graphics, or how it's presented, it still looks so rough.  Let's definitely watch and see where this last bastion of RvR/PvP hope ends up in 2019.

Set in North America during the colonization era, New World aims to provide a quasi-fantasy, quasi-real life experience with real seasons, fantastic beasts, and cooperative play to survive. As Amazon Studios first MMO, and where some bigger names in the industry have landed, my eyes are fixed on where this one goes. My concerns here are with whether or not it's going to be a real MMO given the statements I've read about "supporting up to 500 players at once."

I'm not holding out much hope for Ashes of Creation right now as far as long-lasting and immersive MMOs are concerned. I think the gameplay I've seen so far is rather uninspiring and overly fixated on combat visuals. So far this is the definition of 'flash in the pan'. However, recently a lot of talent in the industry has moved to Intrepid Studios -- particularly from Daybreak and former SOE fame. Even some of the lead designers are from older EQ projects. My hope here is that they're going to abandon the over-saturated combat flash of an eastern experience and adopt more of an immersive world-driven MMORPG befitting on their talent. As their timelines have alluded, we may have a release date by the end of 2019. This is one to watch for sure as we see which direction they take all of their potential.

As you've seen this past month, Legends of Aria is already a very playable game in early access. Legends of Aria is to Ultima Online as Stardew Valley is to Harvest Moon. It pulls so much of what made its spiritual predecessor and adds its own slight spin on the experience. I think LoA is worth watching in 2019 because of where they'll be taking the game now that the meat and potatoes of its design are done. They've already proven there's a game worth playing here, now they can wow us with adding in the community-run servers, connecting them all with the "player god" experiences, and providing us that true next iterative step up from Ultima Online we've wanted for decades.

Which MMOs are on your must-watch list? Did I miss nay?