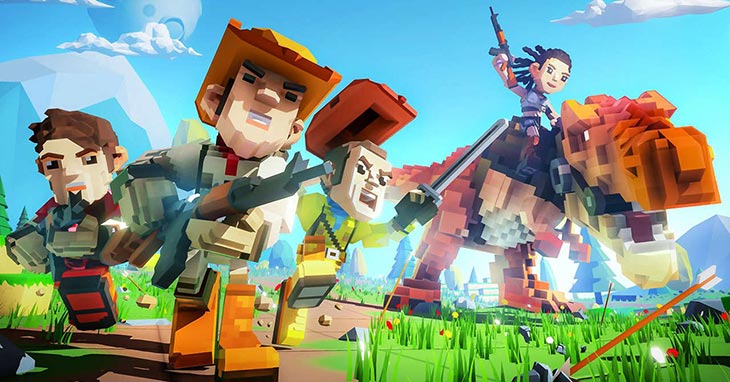 Although I'm fairly interested in trying out ARK: Survival Evolved on the Nintendo Switch in the Fall, I have to admit that ARK has always been a disappointment for me when I try to play.

Something about the game is too complex, too involved, too daunting, too intensive on my PC, and too... just aggravating for me.

Maybe that'll be different with this version of ARK...

It's called PixARK, and it looks like a Minecraft version of ARK.

Before everyone starting to cry foul and say how dare they make such an aggregious clone, I did a little Googling around and found that Snail Games technically owns Wildcard, the studio which makes ARK. That means this is technically (or more than technically) legit.

You can play right now on Steam.

I didn't even know this was a thing until today, and now I'm sorta wishing this was the version coming out on Nintendo Switch.

Here's another official video about taming.

I will totally get a server for us to play on if anyone in the community is interested. You guys know me; this is totally my thing.

Update: Apparently PixARK -IS- coming to Nintendo Switch "later in 2018!"