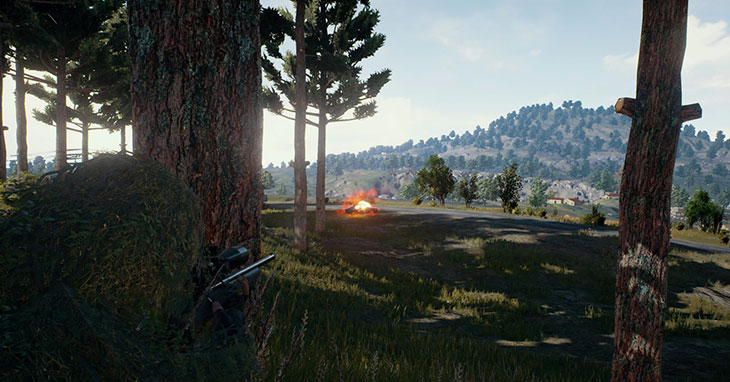 I'm on a PUBG binge lately. I can't get enough of the mad rush to pick up guns and shoot the heck out of everyone in the vicinity.

What I CAN do without is the monotony of not finding gear, waiting to find other players, and sitting in a bush waiting out the play areas to shrink.

Here's something we haven't touched on almost ever on the blog... H1Z1. Daybreak wants H1Z1 to be faster-paced and more action-packed than its competitor PUBG according to their newest H1Z1 roadmap.

Our vision is for H1Z1 to be the dominant fast-paced, action packed game in the genre. This is what sets H1Z1 apart from its competition. PUBG is very clearly a slow paced, tactical experience. And they have certainly delivered on that vision. But ours has always been and will continue to be based on fast paced & action packed moment to moment gameplay. In the coming months, all of the updates and features we bring to the game will be driving towards fully delivering on this vision.

Their goal to achieve this faster gameplay sounds good to me. Having really never played H1Z1, I'll put these improvements into context of PUBG.

Streamlined picking up of items? Needed.

Easier to locate and get into action? I'd like that.

Upgrades to enhance base weaponry are probably okay, though some general improvement would be nice.

The biggest improvements of all would be to enhance getting gear and getting into the action. While true that PUBG is designed to be a little slower-paced and there is an element of ambushing going on, I feel like most of the games run a little stale after the 15 minute mark.

Interestingly, H1Z1 also published a pacing chart to show how they'd like the games to play out.

Maybe it's just me... but this is what my PUBG already feels like. If H1Z1 wants to be faster and more action oriented, then it's probably a better idea to cut to the chase at 2x this speed.

I want to hit the ground, grab some items, and immediately fight. Not that I need a way to 'find the action' because there has to be an element of survival, but I want to fight more.

Lately I have intentionally been dropping on the heavy-action areas. I'll go out of my way to drop on the military base or the school. I like those games where I'm either the one to come out on top, or I die in the first 2 minutes.

If H1Z1 wants to set a pacing that already looks as slower or slower than PUBG, I don't know that I'd jump in.

In fact, I need PUBG to speed things up a little bit. PUBG needs less 'hide in a building and home someone opens that door I'm aiming my shotgun at for 10 minutes' and more of the 'I see lots of people running around let's see who I can hit with my shotgun before they down me'.