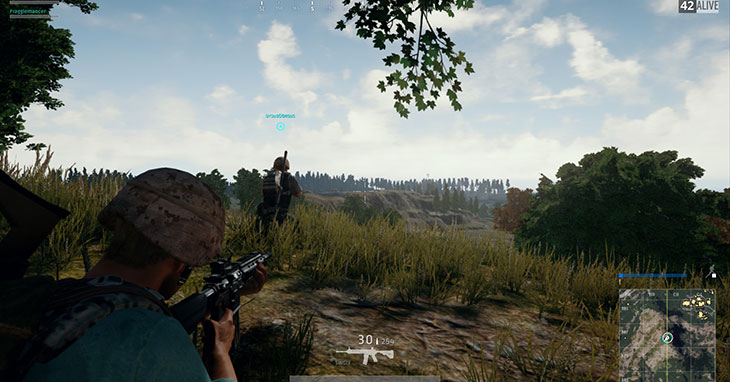 I have to admit I’m having a ton of fun playing PUBG in a duo. I bought the game a while ago, probably around the time it came out, and only put a few hours into it. The past few days, my friend and I started playing in a duo and the game became so much more fun.

Playing solo is okay, but I tend to get bored running around by myself. In duos, there’s just this whole new dynamic of clearing buildings together, watching each other’s backs, and being able to gun fight against 2 other people. 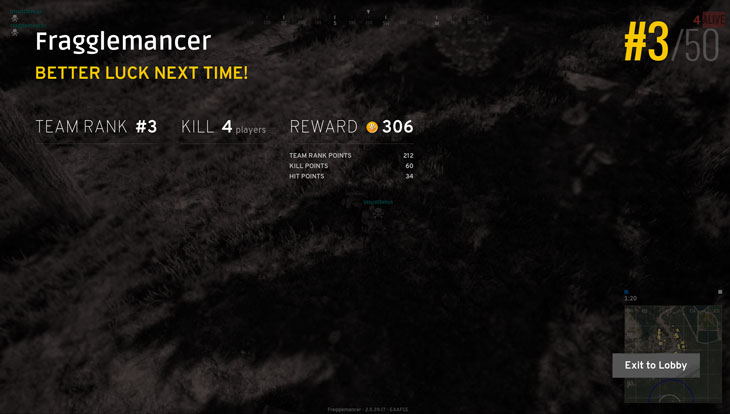 I find that in solo play people tend to camp more and get the jump on you. In duos, it’s way easier to spot people because they’re typically running around… well, together.

Today we probably played 5 hours of PUBG duos. Several times we were in the first 20 to die, but several times we came in team #3, #5, #9, and #12. That’s a pretty great accomplishment for us.

For the uninitiated, PUBG is a survival king-of-the-hill kind of game where you drop out of an airplane and parachute to a spot on an island. You’re pretty much naked and you find gear and weapons to equip and use to kill everyone else. About 50% or more of the game (sometimes way more) is spend running room to room inside houses to find guns. Sometimes it’s a frantic dash to be the first one to pick up the pistol if several people land in the same area.

Overall, it’s just a fun game to jump in and play a 20 minutes match and jump out… or play 5 hours worth of matches and pretend you’re being all tactical as you clear towns and race off to the next in your motorcycle sidecar.

If you haven’t tried PUBG, I highly recommend it — especially if you have someone you can play with in a duo.