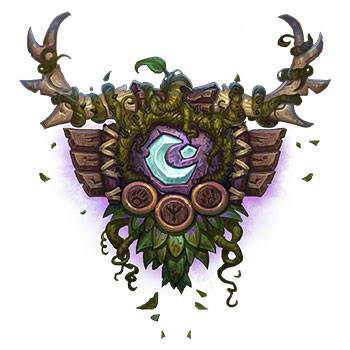 I decided to make a druid.

I like my Hunter. I think Hunters in general are … in a decent place right now. I’m not jumping up and down over the class, though. I think it’s unfortunate that Marksman is hands down the best spec for raiding. I don’t understand why all of the specs can’t be equally viable with the only difference being their play style.

According to the sims and theorycrafting, I should be at the bottom of the dps list, but that’s in a vacuum. In practice, I’m typically in the middle or edging toward the top.

Anyway, my reasons for making a Druid reach beyond my Hunter’s viability.

The Need for Options

I like the idea of having a tank class with a healing offspec. Our raid group / Mythic+ team could use a quasi-dedicated tank. Right now we rely on one main tank to be there for just about everything, and that’s not sustainable or realistic given our casual nature as a group. We need a backup.

Having enough classes to run a second Mythic+ is also on my list of to-dos.

There’s also the bonusÂ that Druids right now are pretty fun. Tanking is back to being sorta what it was in WotLK. I Bear-tanked that expansion and loved it. Probably my favorite class. Swipe spam is totally back.

Tanking in Legion is really, really good right now for all classes. Druids are especially in a unique position where their stats seem rather unique. They prioritize Versatility >= Mastery > Haste > Agility > Crit. Having the primary stat so much lower is unusual for me.

Bear tanks rely on armor and health vs. avoidance like several other tanks. TheyÂ also don’t have the Warrior “I Win” button, but isntead keep stacks of ironfur up throughout the fight. I don’t think that makes them any better (probably the opposite), just different.

Legion is NOT Alt Friendly

Herein lies the problem. In Legion, the gameÂ punishes you for playing alts. Â Your main character has a HUGE mountain to climb. In the beginning it’s wanting to get rep to unlock more dungeons, but that’s only the beginning. Then there’s the RNG gear grind, and ultimately the Artifact Power grind. It’s the AP that makes alting feel impossible. Heck, it makes alt-specs feel impossible.

Now technically my Hunter is at a place where I can only ‘progress’ with my group of friends. That means raiding 2x a week and Mythic+ dungeons a few nights a week. But it’s the AP grind that makes me feel like I have to be doing more to unlock more ranks in my artifact.

The entire debate is entirely over opportunity cost.

My current plan is simply this: Keep playing my Hunter as normal, but take every opportunity to catch my Druid up. If my druid ever catches up or gets close enough to participate in group events… I might make that change.