KGC (the Keen and Graev’ Community WoW guild on Fenris) entered Emerald Nightmare this weekend and was able to clear out 3 bosses in about 2 hours.

Nythendra was a fun fight. I actually enjoyed this first boss the most, despite its simplicity. The slime mechanic was pretty cool, and having the avoid bugs exploding was neat.

The next boss we fought was Elerethe Renferal, a boss that turns into a spider and a roc. The two different phases each have their own mechanic, and involve hopping a platform in the nightmare Mulgore area. Really cool scene, and a fun fight.

Supposedly we chose the hardest boss to go first in terms of mechanics. Elerethe Renferal was indeed more complicated mechanically, only in that there was a lot going on which made things feel hectic. It was still only a couple tries to clear.

The last boss we cleared during our run was Ursoc. Ursoc presented almost no challenge mechanically since you just have to overcome one simple mechanic of standing between him when he charges someone. What kept hurting us was having to make sure the tanks didn’t get obliterated. This one took the most attempts, but shouldn’t pose a problem in the future. 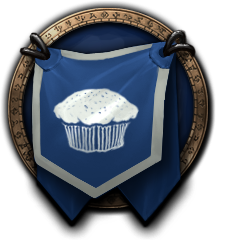 So far I like Emerald Nightmare. The setting really isn’t my thing. I don’t love the red/grey/brown palette, but I do like the concept of the dungeon. Going to different zones that are all in this nightmare state is neat.

We would like to recruit 2-3 more DPS to join our ranks. If anyone wants to raid with us please let me know. We’re on Fenris (Alliance) and would love to have you.

Our goal for this next week is to clear the normal raid and then progress to Heroic.