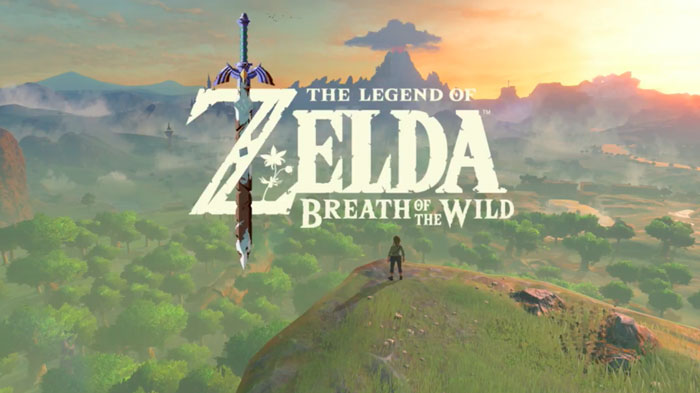 The Legend of Zelda Breath of the Wild – Beautiful art style. I loved when Link had that full suit of armor on. All of the various interactive parts of the world like chopping trees, raising ice out of the water, etc. “Hyrule will be a resource,” hopefully means that we’ll be able to utilize more of the world for things like crafting [Pure speculation]. Supposedly the world is huge. I’m hyped.

Pokemon Sun & Moon – Looks like the usual Pokemon (which is great), and by usual I mean the new pseudo-3D world. Alola looks like a great region, Formes appear to be a nice way to upgrade Pokemon, and Battle Royals should ad a new fun element to the battles.Â Looks fun. Their presentation was pretty boring, though. I don’t think Pokemon warrants a sit-down dev discussion. The Pokemon chat lasted 45+ minutes and was absolutely dull.Â We could have had one nice video with these details in under 3 minutes.

More of Breath of the Wild

[Presented in a live blogging style]

Really bizarre start to the game where Link has “technology” (looks like an iPad or a Wii U Gamepad). Extremely odd juxtaposition between the typical Fantasy setting to now introduce Scifi elements. It’s like Link has been reincarnated to save the world again or something.

Wow, that world is gorgeous. It looks so open and inviting to exploreÂ —Â so much character. I truly hope we have an Elder Scrolls style world at our disposal.

To refill health Link now has to EAT rather than find hearts in the grass. Link eats items that have the heart icons on them. That’s great. The creator (whose name escapes me) is saying it plays a lot like a survival game where you have to collect gear. Interesting.

I’m going to stop there as they’ve dragged this on a bit and will continue to showcase Zelda throughout the day. If Nintendo announces anything big, I’ll update this post with snippets of other games.

Zelda Breath of the Wild is probably my #2 most anticipated game out of E3. This looks like aÂ great departure from the current Zelda formula. For Graev it seems weird and foreign, but for me it’s what I want and what I need to embrace the IP more fully.

Overall, Nintendo’s E3 presence wasÂ kinda sad. Compared to what the other big names brought to the show, Nintendo looks like they’re off in their own land where the conventional rules of having a strategy, direction, or plan (or even a clue), do not exist. They’re doing their own thing, but that’s starting to become their mantra.

As E3 wraps up this year, here’s now I’ll rank the big presentations: