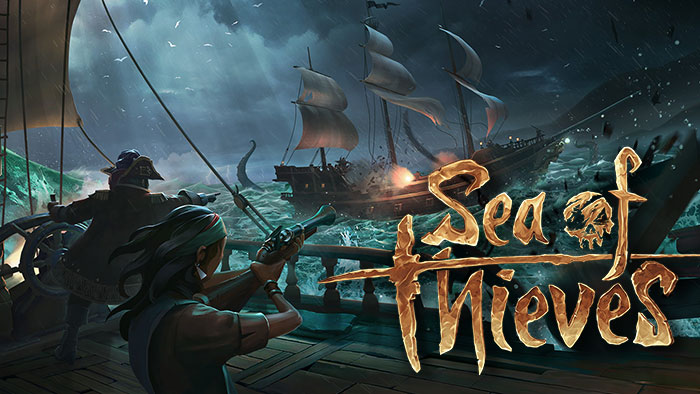 Sea of Thieves absolutely tops the highest peaks of my hype list. We saw our first video of true gameplay at E3 yesterday during Xbox’s Press Conference. Let’s take a look at their “Let’s Play” style video showcasing teams of 5 players.

This is my dream come true to crew a pirate ship, sail the ocean, explore islands, and battle on the high seas. I write about it at least once a year that I wish someone would make this game, and now I might just get my chance.

What We Know About Sea of Thieves

What we know is that you’ll be able to crew a ship, interact with everything from the anchor to the sails to the cannons and steer the vessel. There will be battle damage! There will be roles to play. Everyone will need to work together to survive. You’ll be able to get out and explore islands, find treasure, and battle other players.

What We Don’t Know (And What Scares Me Most)

Those who got to try the gameplay demo at E3 say it reminds them of Destiny. I’m still trying to figure out what they mean by Destiny. Teaming up in lobbies and going out on missions in a psuedo-open world? Is there an economy? Is there progression of some kind for your character? Your ship?

Sea of Thieves could be nothing more than an arena battleground where you team up with 5 people and go head to head against maybe 3 other teams (total of 20 players) in an “ocean-like” arena. I’m pretty confident this isn’t the case.

Although my idealÂ of a big open world with RPG elements is likely reaching past the mark, I think it will come close. I do believe the people saying it’s like Destiny are right on point. I bet towns where you drink will be like hubs where you can upgrade gear and your ship. You’ll go to the mission starter or whatever and you’ll sail out of your port on your ship with your Â crew. Out in the world you’ll see other players like you do in Destiny—maybe they’re doing their own thing. Â At some point I’m going to guess the world becomes contested and you can fight others. I would be shocked if the world was always 100% open PVP.

I’m hyped. I want to crew a ship, explore an ocean, and be a pirate!