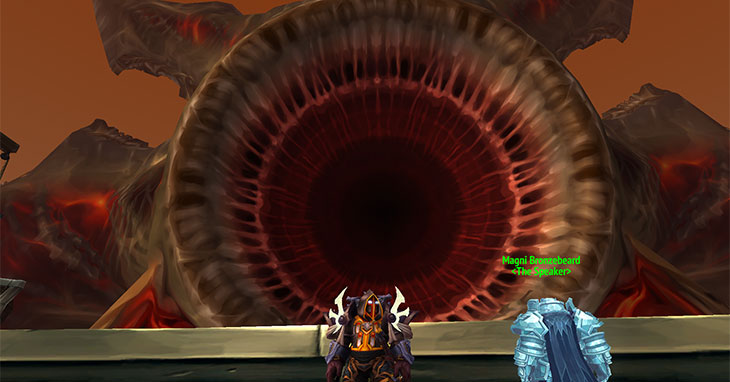 Wow's BFA Pre-Pre-Patch is here -- at least that's what I'm calling it. This is the beginning of the end for Legion. When you log in you'll get a quest to go to Silithus and speak to Magni. If you don't get the quest, you have to go and do all of the Magni quests you have laying around.

Once in Silithus, watch a short cutscene, then watch as your artifact weapon is powered up to level 126 (with 75 Concordance unless you had higher).

Each week the concordance level will go up and up and up until I assume the thing explodes.

Despite my artifact weapon being supercharged, I still can't beat the mage towers.

The more I "finish up" Legion, the more I realize I didn't really like this expansion.  Compared to Warlords or Pandaria, the expansion was structured and managed way better. The dungeons were better too. Despite being better than many of its predecessors, I'm not leaving this expansion with any warm fuzzies or sadness. I feel more like I can't wait to GTFO of this place and go somewhere new.

Looks like two weeks from today will be pre-patch.