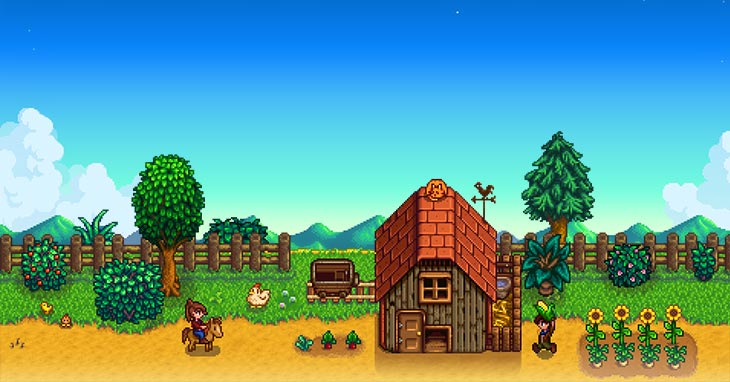 I’ve been looking forward to Stardew Valley co-op since the game first came out. If any game ever demanded a co-op mode, this is it. I’m really bummed that it’s entirely an online multiplayer experience without any local co-op.

I guess I missed the blog post where they said local co-op isn’t going to be a thing.  ConcernedApe’s tweets in January alluded to otherwise… at least to me.

“4-player Stardew Valley LAN party at my house… it’s really fun. It still needs some work, but the underlying network code is solid. Being in the same room and yelling at each other about what to do next, or if anyone has any stone, is great fun.”

Then he tweeted again:

I know now that I mistakenly took the “also online” to mean that there would also be a local multipalyer, but at least to me that was an easy mistake to make.

I was hoping for some local multiplayer with my wife on the Switch. Instead, I suppose we will just have to play a save file together. That’s too bad.

Now I’m going to try and figure out how an online multiplayer play-through makes sense for me. To me it only makes sense to play exclusively when the other person can play with you (why this whole idea of co-op lends itself to couch co-op) which pretty much means a very, very slow play-through… and probably only with Graev — if I can convince him to play.