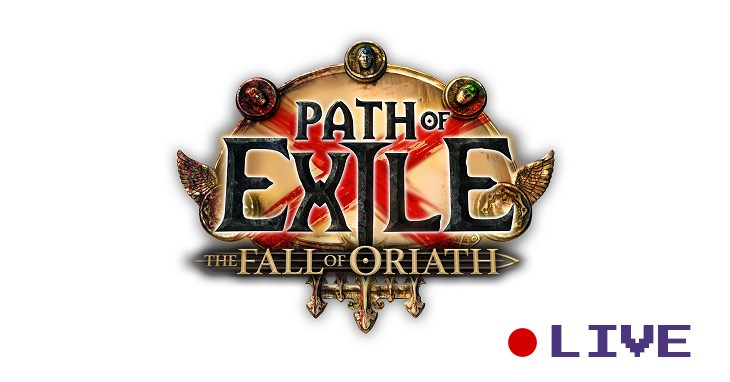 Hey all! For tonight's blog post, I'll be streaming Path of Exile. Keep in mind I'm a complete and total noob at the game. I'll be seen trying to figure things out, messing up just about everything, and having a good time exploring the game.

After the stream ends, I'll be converting the live player below into a video for you to watch as well as updating the post with a writeup of what we did in-game.

While live, feel free to interact in the chat and ask any questions. I'll answer whatever I can from a newbie's perspective.â€‹

I walked away from tonight's play session with two main thoughts.

Maps Respawn / Randomize Behind You

So whenever I left a 'zone' or 'map' and then returned, even in this same play session, the map regenerated and even randomly generated behind me. On one hand it's neat to have what seems like an infinite source of mobs, but it's sort of frustrating for a player like myself that doesn't know where I'm going and ends up backtracking to figure out where I am.â€‹

On one hand I like that I sorta have no idea where to go. I'm meandering/roaming and trying to unlock/solve the mysteries of the map. That's super cool.

On the other hand, I'm roaming around and spending a lot of time making little progress - exacerbated by the maps regenerating behind me.â€‹

In fact, I accidently beat act 1 and stumbled into act 2 without even realizing what happened. I was looking for an alternate way around a gate I couldn't open (inexplicably) when I suddenly beat the boss of Act 1 because I wandered into a hole in the ground.

Cool moment, but I don't think I even had a quest to do it!â€‹

I'm really excited to continue with the game because I'm starting to feel like I can get into the story and the world and what's going on.