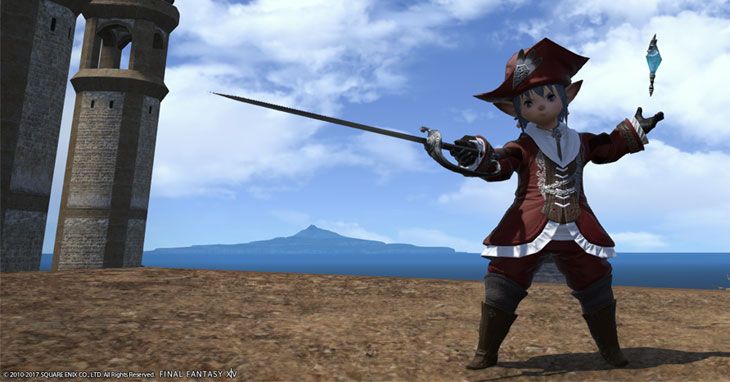 Between all of the games I'm playing, I had an itch to pick up FFXIV again and see how the game has evolved.

I last played back in patch... I think it was 2.1? It was basically right before the King Moggle stuff came out. I played at launch for about 3-4 months. I did the first raid. I was in that stage of grinding for gear. The game sorta sucked in terms of content. It was rather a dull grind of the game long and rather boring dungeons.

Fast forward just under 4 years and here I am back in Eorzia.

First things first, I decided to play one of the newest jobs: Red Mage.

Red Mage are typically pretty interesting to me because they mix melee and casting. Having played for a few hour already, I can tell these RDM are far more caster. I'll write up some thoughts on the class in a future poast.

What I want to focus on today is the return experience.

I logged in and had absolutely no friggin idea what I was doing. I had no idea where to go. I had no idea how to unlock RDM. I didn't know what any of my abilities did (on my 50 White Mage).

Returning to a game like FFXIV isn't easy, but neither is returning to any MMO 4 years later.â€‹

With the help of some friends, I was able to figure out the very, very basics. I found out where I left off in the story, and I'm pretty much just questing through those main story quests (MSQ's) as I learn the ropes again. I was able to get a Duty group for the Good King Moggle event.â€‹ That was sorta fun to just jump right in and kill him.

The story is incredibly confusing. I'm not the best reader to begin with, and having so much unvoiced dialog is a little tedious. Add in the lore (which I don't understand) and the names (I don't remember and can't pronounce) and it's all a little overwhelming.

Do any of you play FFXIV? Can I skip the next 80 quests? Should I? I'm worried that I won't have the stomach to push through them. I don't want the game to feel like a quest grind where I'm running from one point to the next ad nauseam.

I'm feeling a little defeated knowing that I'm still hundreds of main story quests away from even the most recent expansion.â€‹

What I wish I knew more about:

I know this post was all over the place. Sorta matches how I feel about the game right now. I welcome our insight and help as I try and make my way through these expansions.

I'm quite intrigued by what I see so far, the Red Mage class, and have hopes that at max level the end-game content has improved since launch.