Blizzard has a great property on their hands. Warcraft has been a RTS, a MMORPG, sort of a MOBA, and evenÂ a card game. I’d like to see Warcraft take shape into a few different/newÂ spinoffs. 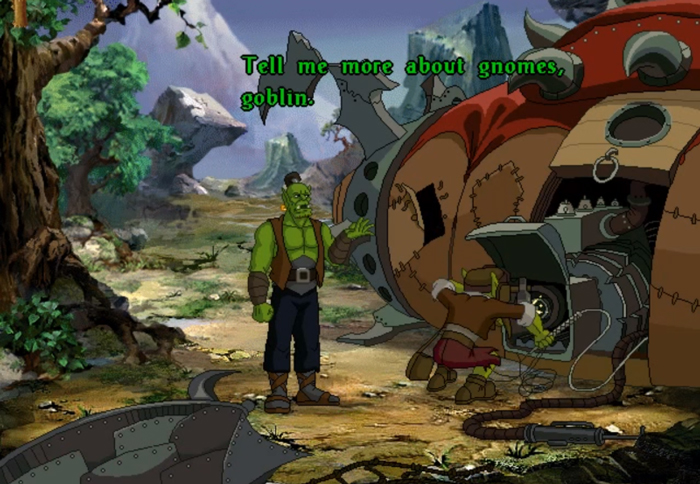 Did you know there was going to be a Warcraft adventure game? I did, and i was really looking forward to it! Lord of the Clans was set to release back in 1997, but due to communication issues and the competing Monkey Island, the project was cancelled — and it was pretty much finished!

I think a classic adventure game set in the Warcraft universe would be amazing. There’s so much lore and familiarity surrounding the characters and their world(s). A great story could be told with humor and familiar locales. Moorgard, can you get on this project asap?

The series would lend itself very well to point and click adventure, with puzzles and thought-provoking narrative. I imagine it would be a mix of Monkey Island and King’s Quest. 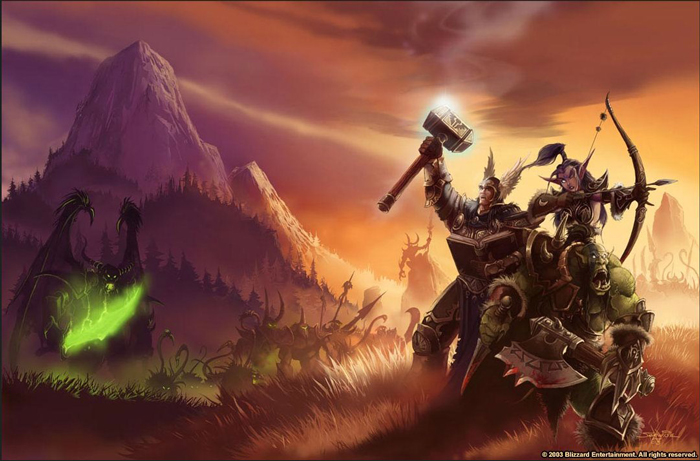 We have a massively multiplayer role-playing game in full 3d, but I think that Warcraft could be amazing as a Baldur’s Gate / NWN type of isometric RPG.

I would want the systems to be heavily based on D&D, and wouldn’t mind the combat being exactly the same. In fact, take almsot everything about Baldur’s Gate 2 or NWN and slap it into the Warcraft universe and I’m sold.

Everything is there: (1) Massive world, (2) Lore, (3) classes/races/abilities. The design doc pretty much writes itself.

Any Champions of Norrath or Baldur’s Gate Dark Alliance fans out there? Maybe some Gauntlet Legends? These games were loosely called “action role-playing games,” but they can pretty much be summed up as hack and slash adventures. You smash through mobs in dungeons while gathering loot and progressing your character. Dungeons were set in diverse areas, and could indoor and outdoor. Once again, Azeroth lends itself well.

All of these great action rpgs were somewhat isometric, but much less top-down than Baldur’s Gate. The camera is typically movable too. They featuredÂ ability trees, gear drops (typical green, blue, yellow stuff), and stat progression.

Characters were usually a set race, with an associated class. For example, a Night Elf Druid or a Gnome Hunter would be playable, and each have their own ability trees. Gear would be somewhat up to the player. For example, the Hunter would easily lend itself to melee and traps or ranged and pet usage. Once again, the design doc practically writes itself. 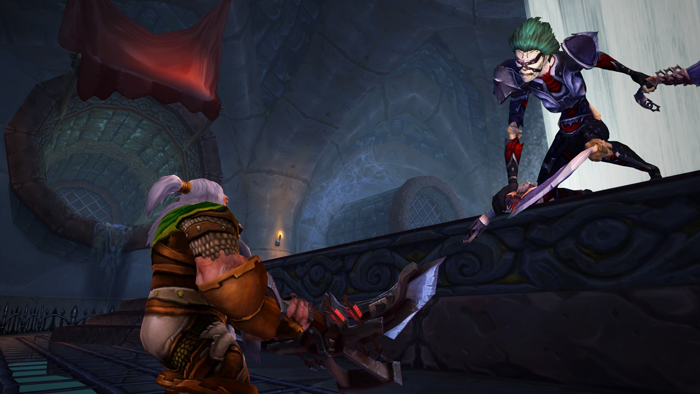 Now here’s a departure, but not as far as you might think. Imagine a Street Fighter or Tekken style fighter set in the Warcraft universe.

The characters could be generic “Undead Rogue” or could be famous characters like “Grom Hellscream” or “Sylvanas.” These characters would have their own combos and unique skills. Rogues could have a ‘vanish’ abilities that makes them appear behind the other player and stab them. Hunters could have “stampede” where they call a horde of animals. Shaman could summon lightning or frost shock to freeze then rock smash or something.

If you think about it, this style of fighting game wouldn’t be too far of a departure from arenas. Blizzard has already created a “fighting” feel, and once again the characters and their abilities are done as well as the world lending itself to maps like Gadgetzan’s cage, or Orgrimmar’s arena. 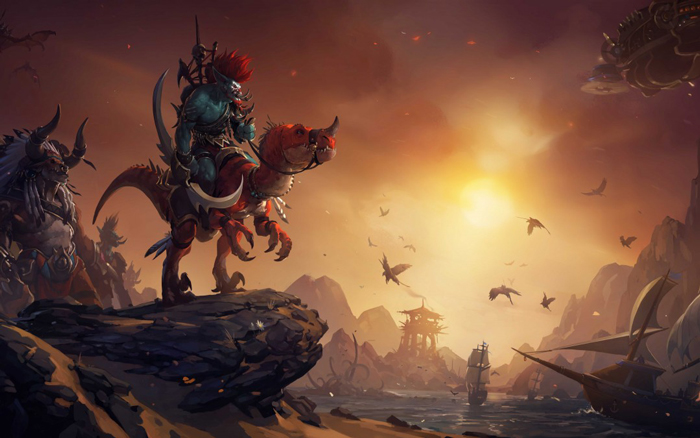 Perhaps the most ambitious project of them all would be an open-world RPG like the Elder Scrolls franchise. An overall story could be told, but otherwise the player would be set loose in a single-player world full of interaction and exploration.

Once again I find myself thinking they could just lift Oblivion or Skyrim’s mechanics and set it all in a Warcraft universe and I’d be fine. Joining some sort of Ravenholdt (Assassin’s League) or interacting with the Bloodsail Buccaneer would be fantastic. ThereÂ are hundreds of potential story arches to explore here.

Warcraft the Open-World RPG could explore a darker side of the universe, a more gritty and realistic tone. There could be lesser-told stories (again, Ravenholdt or even Northsea Pirates) and more of an untold story going on in the world. This could even all be set at a time before the events of WoW — that way there’s no conflict or crossover.

There’s so much potential with the Warcraft universe. I hope that Blizzard is or will sometime soon devote serious thought toward branching out from their comfort zone.

As I wrap up this post, I can already think of a couple more. Did I miss any you’d want to see made?