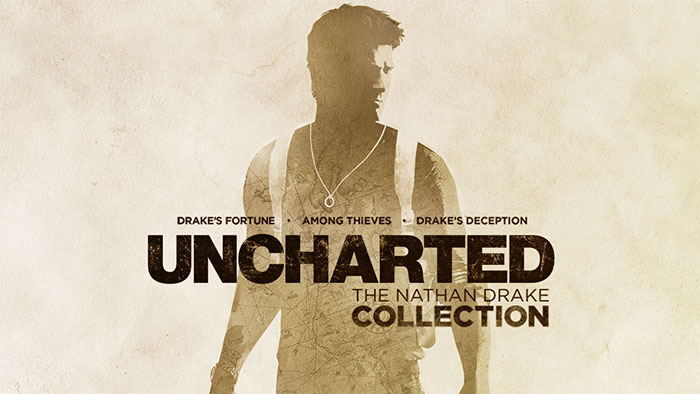 I sometimes feel silly reviewing these older games, especially when they’ve long been heralded as amazing and I was simply too oblivious or stupid not to try them when they came out. Even though the first game came out nine years ago, let me tell you now that it’s never too late to play these games — especially since they’ve been remastered and the newest game just came out.

I’m going to approach reviewing Uncharted: The Nathan Drake Collection by giving my brief thoughts on teach of the games, and my overall thoughts on the series so far. 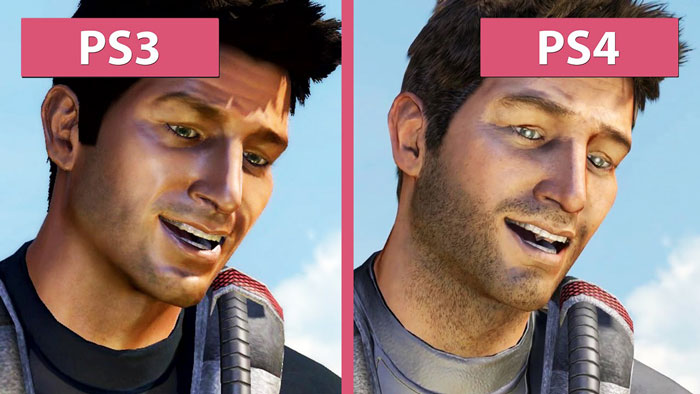 Remastered for the PS4

Part of me rejoices in the fact that I waited so long, because playing all of them on one disc in the PS4 in HD looks a heck of a lot better than it would have back on the PS3. The graphics for all three games look great. I was telling Graev (who played them all originally when they came out) that if I didn’t know the original game came out in 2007, I would have pegged it more around 2012’ish. The graphics in Drake’s Deception are as good as many games released today on the PS4. 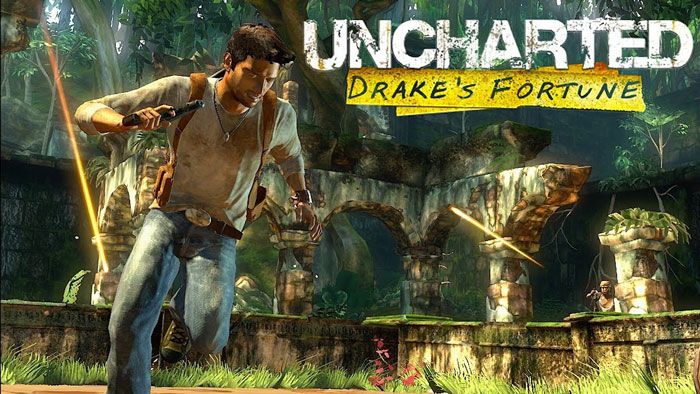 The first in the series kicks things off strong by tickling that treasure hunter itch. You’re the descendent of Sir Francis Drake (one of my favorite historical figures since I was 7, btw) looking for his long lost treasure. This starts you down a journey that continues to unfold throughout the rest of the series.

Drake’s Fortune features a lot of puzzle solving, jumping puzzles/navigation scenes, but most of all lots of shooting scenes. Back in 2007, the cover mechanics and climbing would have been really quite a feat and were probably pioneered through this game. The story is intriguing, though definitely takes an Indiana Jones turn when it goes a bit sci-fi — a turn that manifests itself in many ways throughout the series.

Overall a very catch story that sucked me in right away. 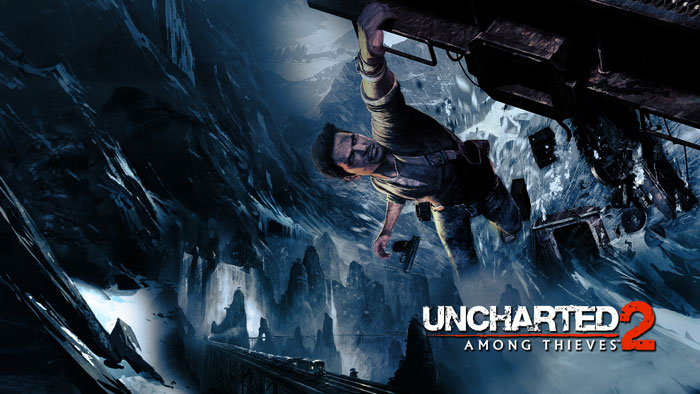 The story continues, sort of. This time Drake is in a new setting. Instead of islands and pirate ships, Drake is navigating the snowy Himalayas and Asia while following the trail of Marco Polo. Unfortunately, there’s very little connection at all to the first game’s plot except for the characters and their relationships. These relationships, however, are a huge element of the game for me and kept me going.

Among Thieves featured waaaaay more puzzles and climbing with relatively less shooting than the original. The story was slightly less intriguing because my interest in Marco Polo’s adventures pales in comparison to Sir Francis Drake. Once again the series takes on a mystical plot twist that I actually feel is sometimes at odds with the rest of the game. Uncharted 2 had a weird resolution for me. With so much build up, I feel like it ends relatively short of the huge story it built up. 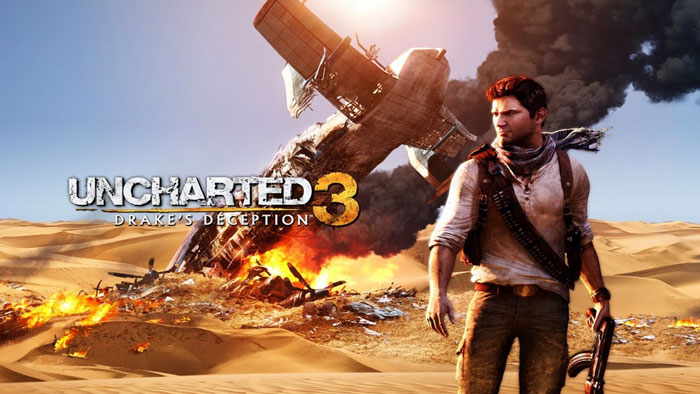 Easily the best in the series so far, Drake’s Deception brings us back to the story of Nathan Drake’s ancestor and more about the treasure we may find at the end of this long adventure. We see a change of scenery once again. In fact, we see lots of scenery changes in Uncharted 3. The game begins in London and travels all over from France to Yemen to the Rub’ al Khali desert.

Uncharted 3 introduces a lot more fist fighting and a heck of a lot more emphasis on sneaky gameplay. There’s also a lot of quick time events which make for more cinematic gameplay, but aren’t necessarily my cup of tea. Gameplay overall finds a very healthy balance between puzzles, climbing scenes, and fighting. By the end, I did wish for more puzzles. Thankfully the mystical nature here ends up working a little bit better than Uncharted 2, but it still resolves too quickly to have built up for so long.

Uncharted 3 has so many breathtaking moments where the gameplay had me on the edge of my seat. Bri (who is watching me play the entire series) and I would often be like “OH CRAP!” and all sorts of exclamations at scenes where the game threw me into these perilous intense moments that somehow manages to transcend the feeling of a game. It’s crazy what they’re able to enact on the player; On more than one occasion I was awestruck by how the game was so fluid and seamless in its ability to make me feel like I was doing all of these amazing things on my own, when in reality I know that’s the course they meant for me to take.

Playing all three games back to back in less than a month was a blast, and now I’m ready to start the newly released Uncharted 4: A Thief’s EndÂ (look for my review in a couple weeks tops). Uncharted is now among the top games on my all-time favorites list, right up there with Warcraft RTS and Assassin’s Creed.

The shooting, sneaking, climbing, jumping, cinematics, etc., all of the mechanics are all superb, and only a few times was I ever frustrated by the actual ‘playing’ part of the game. The story is top notch, yetÂ predictable at times; Yet in its predictability it still manages to be told extremely well. All-around a near-perfect series. If you like shooters mixed with historical fiction, a little mysticism/scifi, and and puzzles… don’t make the same mistake I did by passing on these for so long. All 3 games with PS4 graphics at half the price of ONE game? Yeah, that’s a no-brainer.