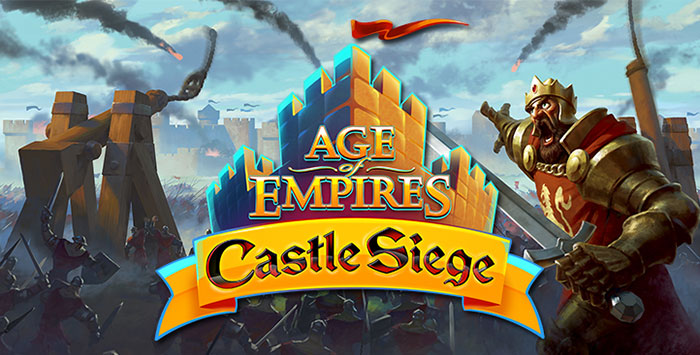 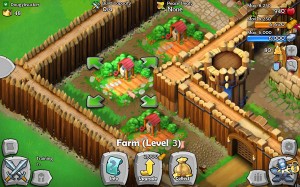 Gameplay is centered around building up your kingdom whether it be Briton, Teutonic Knight, or any of the other popular civilizations. To do so, you need three things: Apples, Wood, and Stone. Acquiring these three resources is done with buildings that generate the resource over time then storing them in another building. Each of these buildings (generators and storage) can be upgraded to generate faster and store more. Â It’s simple and easy to manage in Castle Siege.

Army size is limited to how many units you can house in camps. This number can, of course, be upgraded. Upon using these troops in battle they are expended (again, just like CoC) and must be re-trained, in whatever combination you desire, up to the maximum number you can support before you can wage war again. Troop variety is fantastic leaving nothing to be desired. There are plenty of different units ranging from crossbow men to archers of various types, siege weapons, and melee troops. One particular melee unit can put ladders up to traverse walls and does extra damage to siege emplacements. Great atÂ bringing down defenses for the rest of your troops to storm in.

You’ll want to figure out a good combination of units by evaluating their strengths and weaknesses. For a while I thought I would ignore the simple sword wielding melee units, but then I realized they were great for soaking up lots of damage from towers. The marauder units that deal extra damage for buildings are always nice to bring forward once the walls are down and you’re looking to sweep up. Hero units also round out any army nicely with active ability use and added strategy. 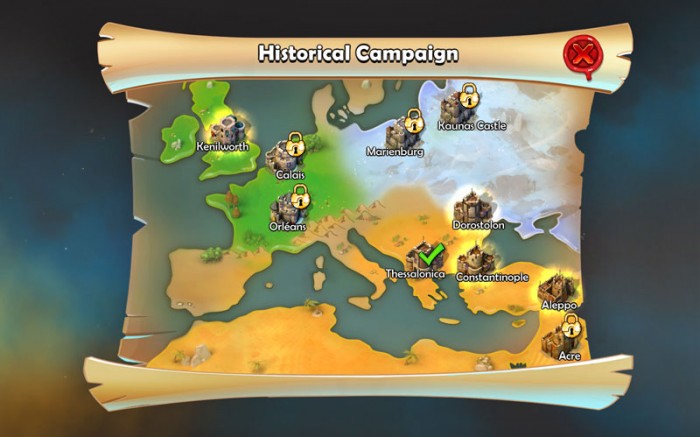 Age of Empires Castle Siege offers several kingdoms to play, each providing some minor unique elements. As Britons, for example, I get some amazing longbow units and my hero is King Richard. I have yet to evaluate other civilizations, but the game does allow players to switch.

To spice things up, and add an extra layer of something to do, Microsoft threw in a few challenges to play. I think they are famous battles from history. I’ve done two of them so far and,Â other than offering pretty good resource rewards, they can be quite a challenge. I had to repeat one of them at least 10 times before I finally was able to barely squeeze out a victory.

Sieging other players is the goal of the game. You can enter a random battle then pay a small apple fee to be faced against a different opponent if you’re not satisfied with the matchup. I will often skip enemies who do not have enough resources for me to plunder or who have done a great job creating their defenses and thus look like unappealing targets. When attacking enemies, one particular feature in Castle Siege is the ability to swipe where you want your units to go or what you want them to attack. In other games, units simply have a priority target list. In Castle Siege I can control my units — that’s an awesome feature. 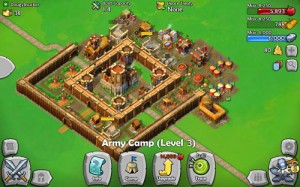 That segues into two great topics: (1) Losing resources and (2) Base setup. Resources are lost when you are attacked. This makes the time waster element extra powerful. Setting up your base takes more than placing things where you think they look pretty. Walls can be placed and upgraded, turrets and siege emplacement strategically utilized, and even troop reinforcement locations should be given thought. I spend tons of time trying to find the optimal defense layout to thwart off would-be attackers.

Does the Freemium Model Ruin Gameplay? 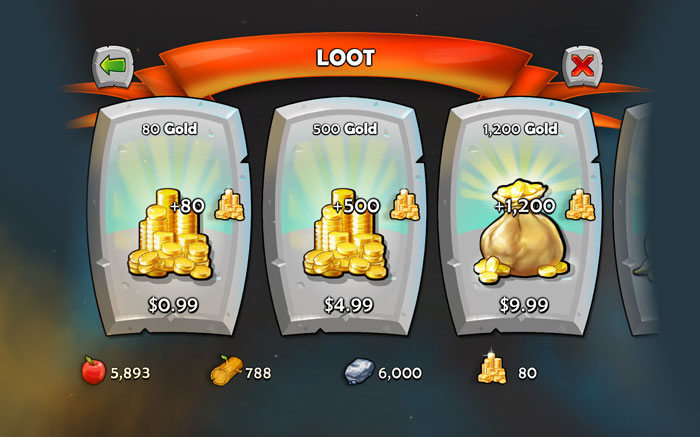 No, actually it’s not bad at all. The current in-app purchases only speed up the rate at which you can play the game. Purchasing gold allows you to finish things quicker or buy missing resources. I haven’t spent a penny in the shop and I never will. It seems way too pricey, and I’ve been able to have all the fun I need without rushing the game.

I play on both my iPhone 6 Plus and my PC running Windows 8.1. Logging in with my Microsoft account means I can play on my iPhone on the go then log in to my computer when I get home and pick up right where I left off. The transition works very well, with only a few little hiccups in signing in and out on my iPhone. I will often have to continually reenter my credentials, and throughout the day receive a connection error. I am not sure why this happens.

Age of Empires Castle Siege is free. So yes, it’s worth playing.Â That doesn’t make it without its faults. For those looking to rekindle the Age of Empires feel from your past… you might be disappointed. AoE Castle Siege could be called something else and you’d never even think to call it Age of Empires; The setting is simple generic medieval. Â The wait times eventually become pretty ridiculous and, like all time waster games you eventually spend more time sitting there waiting to play.

Despite these flaws, it’s well-built and worth playing until you get bored of waiting around for resources.