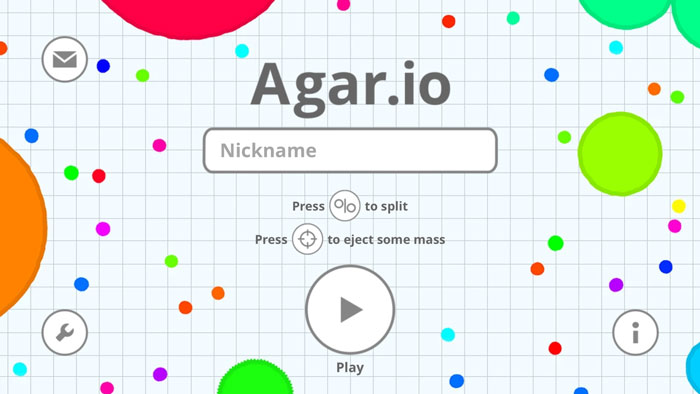 Have you ever played the incredibly addictive Agar.io? I thought it was just a browser game until I logged into the app store yesterday and saw that it was the #1 free game. 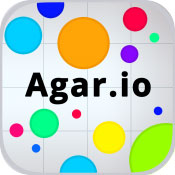 Agar.io is simple. You move your little cell/dot/bubble/thing around what looks like a piece of graph paper and absorb little baubles and other players who are smaller than you. It reminds me of those games I used to play where I was a fish and I could grow by eating smaller fish until I was eventually the biggest fish in the sea.

In Agar.io the goal is much the game: Grow. Eventually you’ll grow so large that you can barely move and you just sit there as a fat mass absorbing anything that makes the mistake of coming too close to you. What I like about Agar.io (and hate… or love to hate) are the splitting mechanics. You can eject part of your mass in the direction you are moving thus catching others who are running or out of your reach. Moving too slow? Eject your mass onto someone else and assimilate them into your blob or simply split into multiple pieces to move faster.

Something to watch out for are the jaggedy green circles. Run into one of those when you are too big and you’ll split yourself into a ton of little pieces and be swept up by someone like me who like to lurk around them waiting for prey.
[su_custom_gallery source=”media: 14107,14106,14105″ link=”lightbox” width=”150″ height=”150″]
A really fun/funny feature to play with is the nickname system. There are dozens of names you can use that will make your blob/dot/thing take on an image. Most major countries are represented along with memes (Doge), major sites (Reddit), and even EA. I chuckled when I saw the irony that was a massive EA blob floating around absorbing everything in its path.

Agar.io on iOS is 100% online. You play with others. It’s actually such a simple and ‘pure’ gameplay experience that it lends itself beautifully to touch controls and mobile implementation. It runs phenomenally. I pretty sure there isn’t even sound. My only two complaints are that you can get some annoying ads between rounds (when you die and have to restart), and sometimes there are little lag hiccups which will cause you to fly right into a waiting juggernaut.

Download it and give it a try. It’s free, fun, and addicting (at least for a while).