This year I want to recognize some of the Indie Game Developers who caught my eye. Â I’m not saying their games are the greatest, or that you’ve even heard of these particular devs. Â I simply think they warrant some attention for a variety of reasons. 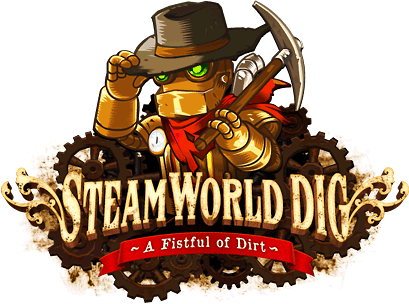 The team at Image & Form (Steamworld Games?) somehow did everything right. Â They launched strong onto the Nintendo 3DS via the eShop, took the world by storm, and are now available for PC, Mac, and Linux via Steam. Â They even contacted us and opened the lines of communication. Â I can really respect a team that reaches out to influencers and offers to let them review a game.

Graev wrote a fantastic review of Steamworld Dig, so I won’t go into too many details. Â Suffice it to say the game is like Spelunky meets Metroid, and has hours of entertainment. Â I think it’s also on sale during the Steam Holiday Sale event. 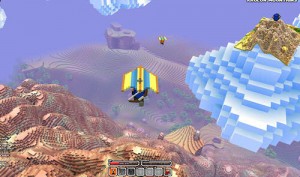 What blows me away is the fact that this dev team consists of only two people. Â The quality of Cube World and what they have been able to accomplish is amazing. Â Graev and I both bought Cube World and logged several hours back in the early release version of the game. Â There was a period of several months where the devs went quiet, and we feared the worst, but they are back in action posting on their blog and giving us updates. Â Trion recently announced a game that looks… well, in my opinion it looks like it is ripping a lot right from Cube World but without the charm. Â Personally, I’ll be playing Cube World and I think you should too. 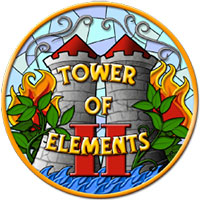 If there was an award for never getting tired and continually pushing to succeed it would go to Michael Hartman, master of the frogs over at Frogdice. Â I see him Tweeting up a storm every day, constantly working to get his games into the spotlight. Â Frogdice recently launched a Kickstarter to fund their newest game, Tower of Elements 2, and received 159% funding (with 6 more days to go at the time of this post).

They are now trying to get their game on Steam via the Greenlight program, which is no easy task. Â If strategy puzzle games with a tower defense twist appeal to you, show them your support. I think their ‘Elements’ series is pretty fun. Â Personally, I would love to see ToE2 on the iPad.

There were dozens of great games from indie developers this year, and I regret not being able to write about them all. Â I look forward to what is shaping up to be a fantastic era for indie devs. Â If you played any indie games this year, or have anything to share about a particular dev, let’s hear it!

Update: I’ve added a few more to the list already.