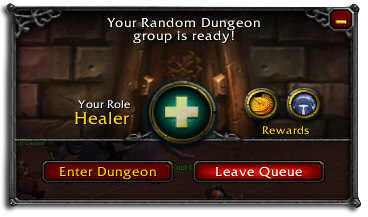 Group finding tools that instantly pair people together and teleport them to a dungeon are one of the most dangerous innovations to ever come to MMOs.

In themepark MMOs, they are a great addition.Â  Without tools like the Dungeon Finder, players in WoW would sit around in cities spamming all day.Â  In SWTOR, I remember experiencing nothing but frustration as I tried to find groups for dungeons that literally had no entrance in the world — players just teleport to them with a group.Â Â  The apt themepark analogy perfectly defines a situation like this: players don’t want to sit around all day when the entire point is about going on the rides.Â  Going through the content is the entire point, and facilitating that with ease makes perfect sense.Â  Getting a group is like waiting in line, and that’s the worst part.

Virtual world / pseudo-sandbox / sandbox MMOs are entirely different.Â  Part of the gameplay is traveling to locations.Â  Content isn’t something players stand around all day expecting to ‘run-through.’Â  The dungeons themselves become hubs of socialization.Â  Meeting people and staying in the area around the dungeon for days isn’t uncommon.Â  ‘Living’ in a dungeon is part of your character’s progression, and blowing through any content diminishes the fun.Â  Someone backpacking across Europe doesn’t want to instantly get to each destination; the experience is rooted deep in the journey.

Why are dungeon finders one of the most dangerous innovations? Not every MMO is or should be a themepark.Â  In the themeparks dungeon finders are amazing, but any other kind of game it becomes a shortcut.Â  The path of least resistance is so tempting for both developers and players.Â  On the flip side, when a themepark doesn’t have a dungeon finder then the game feels incomplete or inferior… almost annoying.Â  Suddenly dungeon finders have become this tool that absolutely must be in every themepark, and tempting to non-themepark devs to just include it because they think it’s what the modern gamer wants.Â  All anyone gets in the end is homogenization and cut corners.