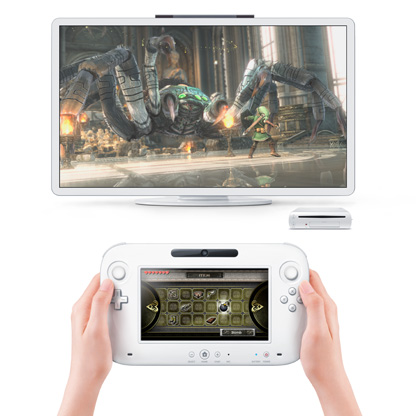 Nintendo’s Press Conference just ended and we are absolutely floored and confused.  First, let all question in your mind be washed away in the awesomeness that is Nintendo because they have hands down won this year at E3.  Here’s what we got: 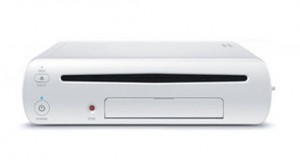 Now, some notes on what we saw about the Wii U.  It was VERY confusing but we think we have it all sorted out for you guys.

Help us make sense of what is going on here.  Does this sound right with the Wii U?  We got no tech specs for the system other than 1080p.  We’ll continue to update this thread with what is sure to be a lot more information as Nintendo sheds some much needed light on the situation.

This actually is something quite remarkable. To have a controller like this that literally can continue to stream what you were doing on the TV blows my mind because it is exactly what we have wanted in our house for so many years. Having Nintendo actually move back into the spotlight as a respectable console for developers and not just a landfill for shovelware makes us really happy. The 3DS is worth owning now or will be when these titles come out so much so that I would own a 3DS over the Wii.

Nintendo left the Wii out this year. We saw a video clip of Skyward Sword but it wasn’t the focus. 3DS is the reason to play Nintendo games this year and Wii U will be the reason to play them in the coming years. Bravo, Nintendo. Now give us the specs on the console!