Mythic Entertainment has included us in their Rise of the Tomb Kings blogger hieroglyphic code deciphering challenge!Â  (Say that 10 times fast)

This afternoon, by the ever-faithful hands of the U.S. Postal Service, a package arrived containing two Rosetta bones with clues to unraveling the mystery of the cartouches.Â  By solving the mystery you’ll be able to unlock (hopefully, if you’re one of the thousands) an in-game pocket item: Scarab Amulet (releases beetles that rove all over your character).

In addition to the cartouche clues, we’ve been sent a map that shows where players can find “a special tome unlock…and maybe more”, and a page from the Diary of Doom.Â  The diary page is an in-character guide to the Necropolis of Zandri and will combine with other bloggers’ pages to give advance warnings of the various horrors that lie in the Necropolis.

Our clues are of course for the U.S. cartouches/unlocks. 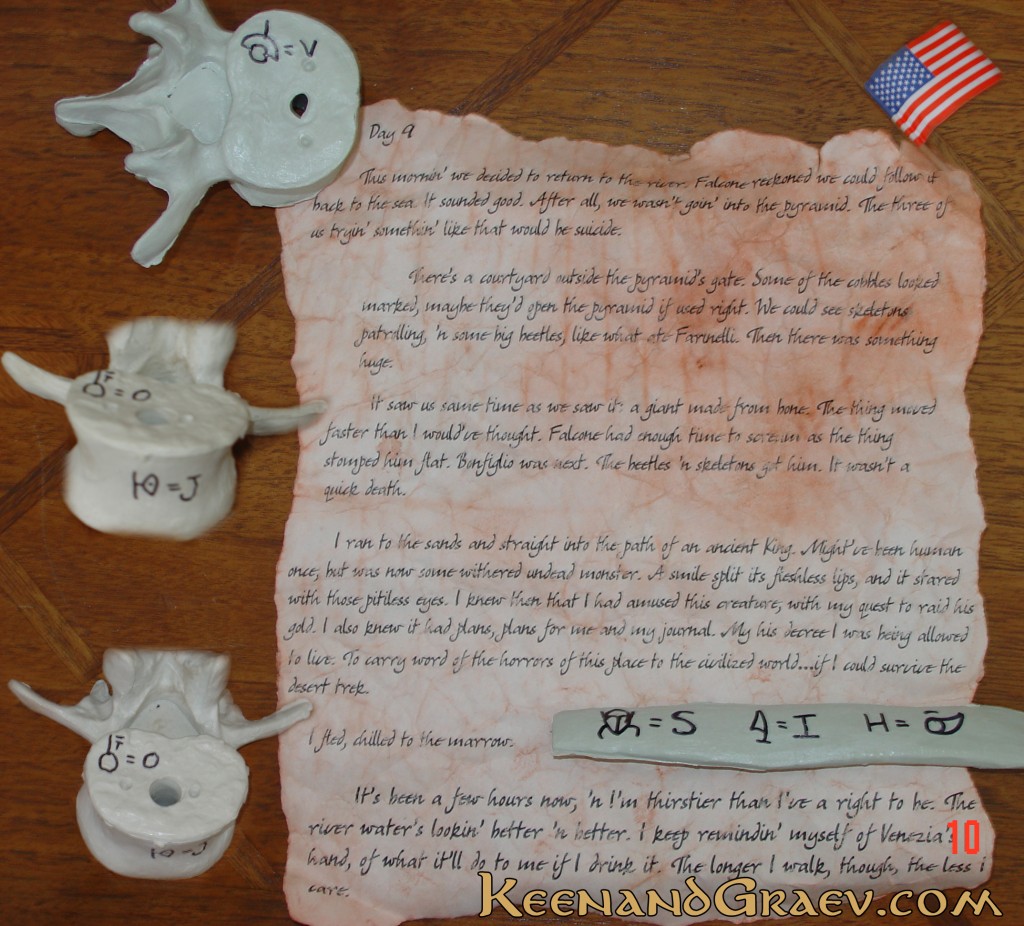 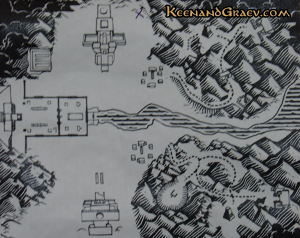 Be on the lookout for symbols scattered around the WAR blogosphere!Â  Let’s work together and get these solved.

Websites with the Cartouches (Eventually MMORPG.com, Gamespy.com, Kotaku.com, Massively.com, and Tentonhammer.com):
MMORPG.com’s Cartouche: D J HA _ T U M N _ (You have all the clues you need to solve this one!Â  Thanks to those who commented below.)
Kotaku’s Cartouche: _ E M _ N _ O B E _
Massively’s Cartouche:Â  L UT _ M HUT T

After you have solved the puzzle be sure to enter the solution into your account page.Â  Mythic will then mail you your scarab immediately.