Brad McQuaid (Aradune) is kickstarting an MMO. Fellow EverQuest veterans will know exactly who Brad is and the type of games he makes, but the younger generation probably has no…

1. Kithicor Forest Every EQ veteran can tell you the horror we all felt hugging the very edge of this zone as we ran between Rivervale and West Commonlands.Â  Few…

You may have noticed a lack of MMO posts here lately.Â  Let's fix that!Â  There's a huge wave of MMOs on the horizon, and I'm looking forward to... well, just…

Mobs never used to give up the chase so quick.Â  In games like EverQuest, mobs never stopped following until you 'zoned' (a concept also becoming foreign these days).Â  Zoning meant…

We've been playing a lot of EverQuest lately, and I keep coming back to the fact that I'm not being given or guided by any form of story.Â  Everything I…

Today I was thinking about the newbie experience in MMOs.Â  There's something special about those early levels.Â  It's like developers front load everything great all at once so that players…

I talked the other day about making content for groups more engaging, but what about grouping in general?Â  Graev and I feel MMOs have a lot of room to improve…

I mentioned in an earlier post about the “guys who knew the dungeons” and how I wanted to talk about it later. Well this is it. I wanted to call them MMO Rangers, but that would probably just confuse people and make them think of the class and not the type of guy I was going for. So anyways, let’s get into it.

Do you remember back in school that one kid who seemed to know EVERYTHING game related? Of course this was all pre-internet (Or maybe not, depending on your age) so the only info we got was spread around. If you needed to know how to get to a secret world in Mario or how to perform a fatality in Mortal Kombat then this was your guy. Or maybe it was the dude at the arcade who had this seemingly arcane knowledge of everything about the game and could give you mind-blowing tips. Regardless, these sages of early gaming wisdom guided us and imparted sacred knowledge unto us and had a huge impact on our gaming lives. In reality these were the kids with the right magazine subscriptions but still… I try not to look behind the curtain.

Back in the days of early and more difficult MMOs we had similar players. These guys were digital missionaries who spread their gospel of world geography, dungeon pathways, and so on. Keen has recounted his tale about his first experience in EQ and migrating from the frigid north to the scorching deserts of Freeport. The player who took him there was one such person, whom to my recollection appeared out of the mists with out-streched hand and whispered, “Lo, let me safely guide you unto the promised land of North Ro.” Or something like that at least. I was 10-year-old kid who gnawed on wooden countertops; maybe I don’t have the best memory. END_OF_DOCUMENT_TOKEN_TO_BE_REPLACED 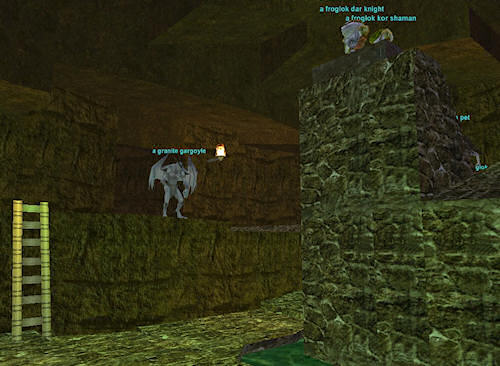 I like difficult games because I get a greater feeling of accomplishment when I overcome obstacles or reach certain goals. If it's something easy then it means nothing, really. That's…

Sorry for the delay between posts. This is the craziest time of the year for me.Â  I was thinking about what to write tonight when Graev reminded me about a…