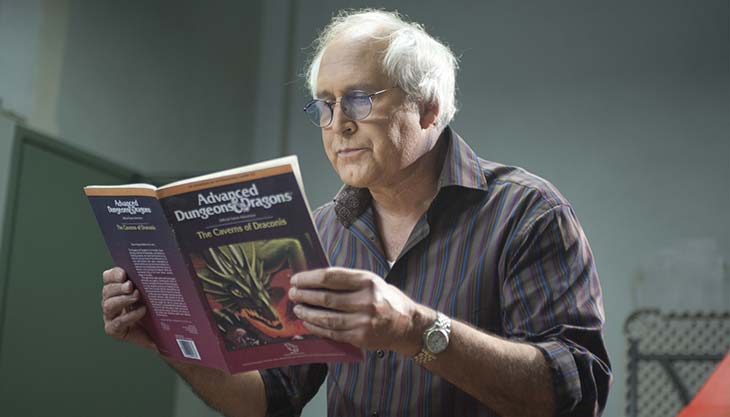 I took some serious time off from gaming for a bit these past few weeks. I still played games, but compared to the hours I used to put, it was definitely less than 1/10th my usual time.

During that little break, Graev and I decided to put together a little family D&D group. We used to play D&D a lot when we were younger -- back in the 3.5 days.  The 5e rules have changed quite a bit of the game.

I think what spurred our decision was a mutual agreement that games are leading us down a path devoid of imagination, choice depth, and the unexpected. To be fair, video games were never capable of providing those things anywhere near what the human imagination can come up with in D&D, but for some reason I still judge them to be lacking, and on a downward trend.

We decided playing virtually was in our best interest, and in doing so we decided a platform to assist us in calculations, rolls, and a lot of the heavy lifting would be in order. We went with Fantasy Grounds.

Fantasy Grounds is a little tough to understand at first, and it's a little rough around the edges, but after much research we decided it was the right one for us.

We committed to getting all of the assets digitally, so that means we have all of the manuals, rules, and a bunch of pre-done campaigns all integrated with the platform.

By pressing a single button we can import so much. It really makes the process of playing a lot less cumbersome. Looking for an explanation of something is usually as easy as pressing the little symbol next to it, which them pops up a window with details.

Don't let that fool you, though. Most of our first three sessions have been learning how to work Fantasy Grounds into our sessions and our flow. We're finally at a place where Graev (as DM) doesn't have to pause and figure stuff out, and we as players don't have to constantly say, "uhh how do I do that?" As we become more familiar, a lot of the immersion is starting to fill in where the technology was in the way. 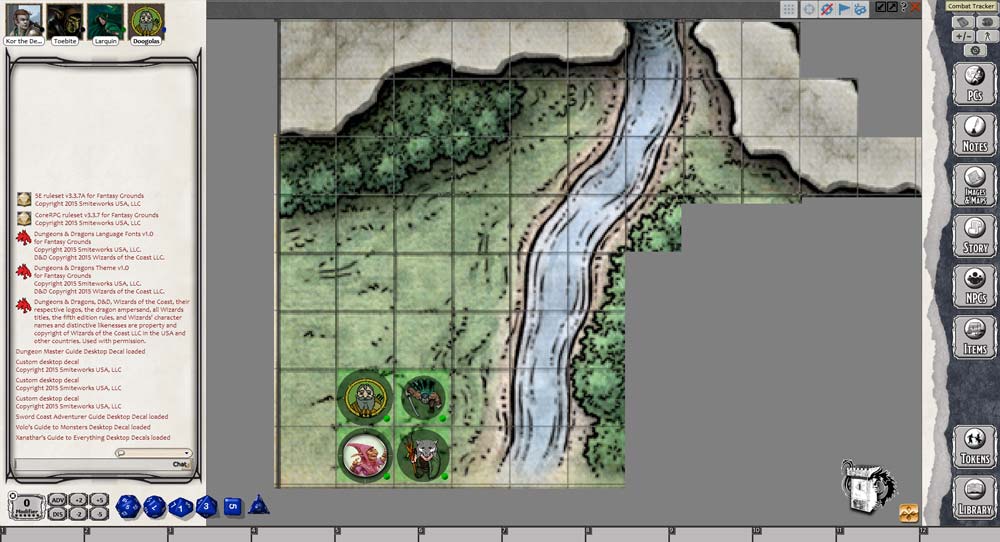 We're playing a prefab campaign. I don't even know which one it is. To customize it a bit, we've woven in entire new characters and their stories to help us out. And to make sense of players missing when they can't join us, we've created backup characters to jump into the story. Let me take a step back.

Our group consists of all family members: Graev, Me, our Mom (she's one heck of a Druid!), and my wife. Since we sometimes can't all play together, we've created characters to fill in the blanks. When our druid can't make it, we bring a bard for the next leg of the adventure and roleplay reasons why there was a swap.

Our sessions are usually 2-3 hours long right now. This sounds horrifying, but we typically only get through maybe two encounters in that time. There's a lot of studying up on the rules while we play, and a lot of "can we do that?" clarifying going on. We would probably shock some people by how open our games go -- we break immersion a lot and discuss things like monster placement and debate whether or not it would have seen us. Graev as our DM is also helping to control one of the characters. 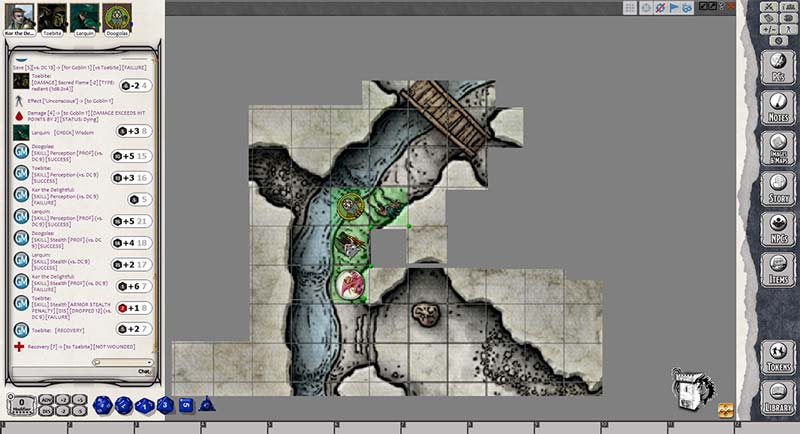 In last night's session, we were sneaking into a cave to try and rescue someone. My character, a ranger, never landed a single shot in our entire 2 hour play session (which consisted of 7 goblin kills). Though infuriating that the D20 refused to roll higher than 5 the entire night, it was a really fun memory where everyone was laughing (one of us may have been crying).  I may have throw my bow over a waterfall and renounced my patron deity. You can't get those experiences anywhere else.

If you're ever wondering where you can find more immersion from games, I highly recommend you put together a ragtag band of misfit know-nothings and try out D&D. Grab one of the platforms that fits what you guys need, and hop voice chat. You'll find it's incredibly fun to figure things out -- even if your groups ends up like ours and resembles something out of an episode of Community.