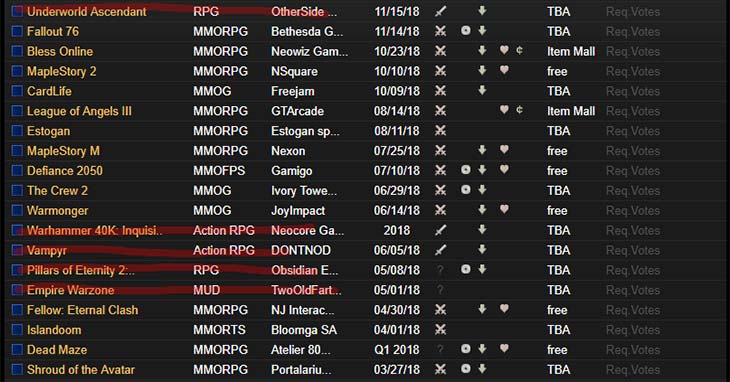 Looking back at the the MMO industry has become a bit of a yearly ritual now. Twelve years ago this would have been a monumental undertaking and bordering impossible to achieve in just one post. These days, however, this exercise is more about looking at how little actually happened for MMOs.

First, let's define terms. For this post, MMORPGs released in 2018 means actual MMORPGs (we'll accept  MMOs too, but not faux-mmo) commercially released this calendar year. I don't count expansions, though the honorable mentions are Battle for Azeroth and Summerset.

What am I using to determine what came out? I like the MMORPG.com list, but I'll be critiquing their generous use of the label. 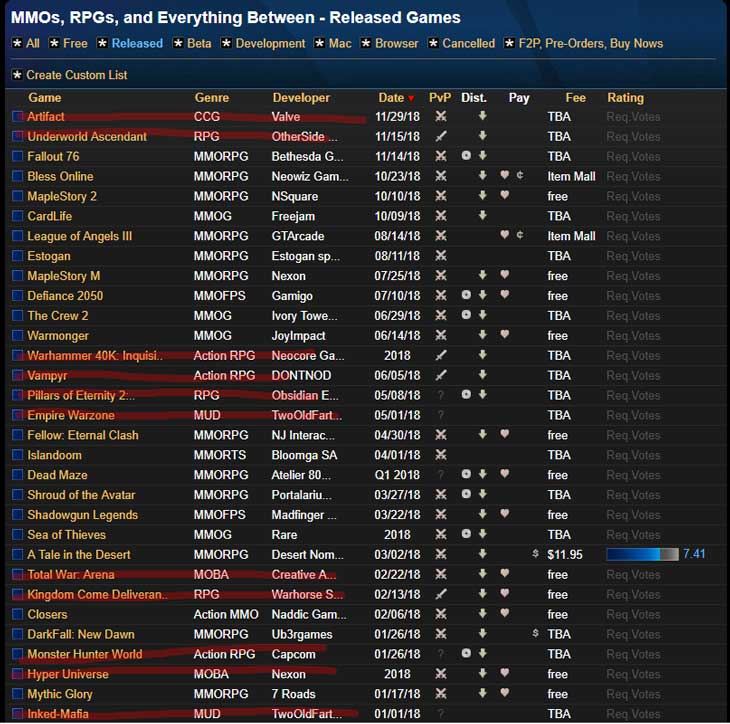 First, I scratched off the ones that weren't even MMO in any way. Let's ignore those and wonder why they're on the site at all.

Next let's eliminate a few that are labeled MMO but clearly are not:

I hope we can all agree there.

Then let's shave off the browser games, shovelware garbage, and stuff that isn't actually a game, and the ones that have some MMO but are also single-player. That leaves Bless Online. I want to add in Life is Feudal MMO because I think it technically came out in 2018, and looking at that list I think it's more than fair that it's on there.

So we have Bless Online and Life is Feudal MMO.

There's your 2018 new titles, MMORPG industry! I can't imagine anyone is very proud of that list.

I think it's fair to say the industry is still in a lackluster place. WoW continues its expansion cycle domination, ESO keeps chugging along with its following, FFXIV is doing fine too, but that's about the industry in a nutshell.

Coming up are a few games in early access that may be solving this problem. Stay tuned.