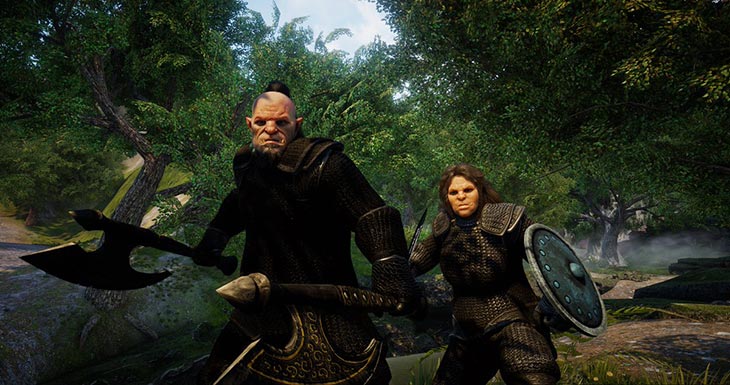 I had a friend ask me what I thought about the MMO industry going back to the old school style of games. Then I saw this question from the Pantheon twitter account. What do you think about the industry’s recent shift back to older school games and vanilla re-launches/servers?

MMO industry going back to old school style of games?

Industry shifting back to old school games and re-launches?

I’m not living in the same world, I guess.

The MMO industry has not shifted anywhere. In fact, the MMO “industry” is quickly losing its “industry” status altogether. The MMO genre has been dead for several years now, with a handful of strong titles still living on to keep that flame from going out.

Some of those stalwarts have released vanilla servers, but that’s not new. EverQuest has released plenty of throwback servers over the years. Some of the nearly-dead or dying games throw back to the old days for cash grabs like LotRO and Rift. Some companies rekindle the past because there’s a billion dollars sitting on the table for something the fans want — that, of course, could only be WoW.

Most of the games out there that could truly shift back to the “old school” ways have changed ownership too many times or simply don’t have the players to even make the news if they did — or they’ve done it 10x already to no industry-touching effect.

Sorry, but I don’t agree with some of the tweeterbirds that this any sort of response to Pantheon or Camelot Unchained, or any big desire for the industry to go back to any bygone era. Those are niche games for niche audiences, and not creating any sort of vanilla-inducing fear in the gazillion lb gorilla.

Vanilla / Progression / Throwback servers are cool. I enjoy a healthy dose of nostalgia, and in some cases I even prefer those eras over modern eras entirely; EQ, UO, and SWG being ones I preferred, and WoW definitely not.

I do not believe that they are indicative of anything beyond satisfying their existing players.

The industry, if it is ever going to shift anywhere again, will do so in new directions where it learns to embrace what worked in the past and present to evolve into something new. Individual games not representative of the industry will continue to release older versions of themselves and satiate our desires for various niches — which are still wonderful, enjoyable experiences.