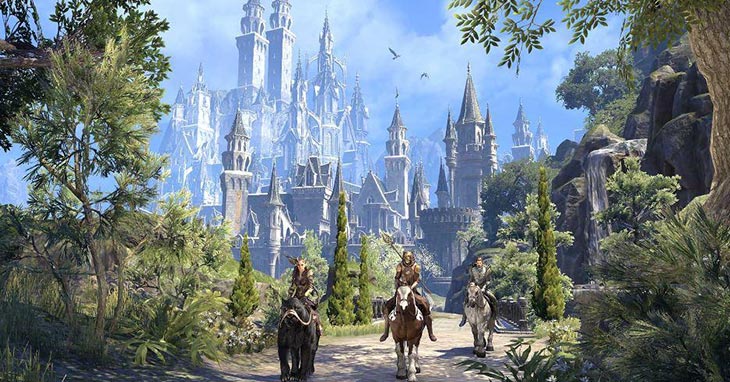 I’m starving for an MMO to play. I love PixARK and the myriad of other games I’m playing, but I just can’t go long without a dedicated MMO to log into. That’s a dangerous place for me to be in, believe me. When this happens every 2 years or so, you know the game I go back to and always hate myself over as a result.

I dabbled for two weeks on EQ’s Coirnav server. Given recently events over whether or not it’ll be legal for people to do business with them anymore, I don’t feel the greatest amount of security investing any time into the game.Â  If you’re curious what’s going on, some Russian’s assets are frozen and that involves Columbus Nova which is the company someone is going around the internet and deleting any associates to Daybreak. If you’re confused, I think the internet is too. Google it up to learn more. Yeah, maybe I won’t play EQ right now until we see how this shakes out and who else they’re sold to in the near future.

My friend Bartillo is begging me to play FFXI on Nasomi. He streams FFXI on Twitch (he’s trying to get affiliate status, check him out) and it’s pretty fun to watch. It’s old school, and right up my alley in terms of gameplay, but I’m struggling with that UI and the controller-ish gameplay. If I go that route, that’ll be an experiment. I’d lean towards RDM/BLM combo, unless there was some other super-easy group-friendly combo anyone tells me about.

Also considering a run at Elder Scrolls Online. Werit — who you may remember as one of my old-school mmo blogger colleagues — streams ESO quite a bit and is giving me that itch. You can check out Werit’s Twitch as well. ESO might be a fun game to dabble in, but I’d have to buy the expacs and stuff. That might even out with no subscription.

There’s also that game that must not be named. I have an army of friends playing that right now. They’re tempting me over with the new races and changes coming. Every time I look into it though, I see the themepark grind ahead. I see the grind for reputations and the grind to max level just to potentially unlock a race I want to play, followed by a repeat of that same themepark grind to level that race, and I get a little nauseated.

I might need a support group or meetings or something.