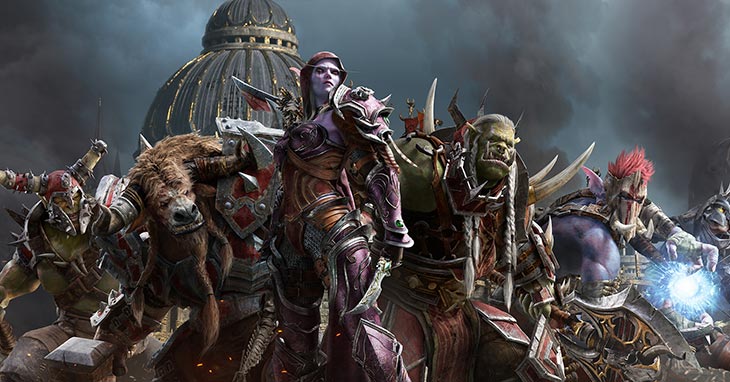 Yesterday I asked what your favorite MMORPG race was and why, so today Iâ€™m going to ask you about MMORPG classes. Instead of asking you to pick just one overall favorite, I’ll let you pick a few classesÂ  you think are really cool, unique, or awesome enough in their design/idea that you think of them as a favorite .

When you list a class, I want you to explain why and share a little about that class. Many of us may have never tried the classes you think are cool, or even played the games theyâ€™re from.

Here are a few of my favorites:

Animists are a pet class around a plant-like affinity. Animists summon turret-like mushroom pets that were a little bit of set-it-and-forget-it. I remember setting up a little forest of mushrooms that did varying things like slow the enemy, aoe, and could act like an awesome trap in PvP. There were also bomb-like pets that would go out and explode. Â Very satisfying pet class.

What I love about this class is that it can do it all, but in very different ways. Druids shape shifting into different forms (at least they used to) to become better at those things was something I loved because it made the class feel very true to its lore. Being a bear to tank, a cat to dps, and a tree to heal felt right. Â Though it may be different now, I really appreciated how unique the class was because of things like shape shift travel forms and not needing to buy mounts.

The Blood Mage in VG was cool because it could be a healer or a dps class. From what I remember, it was a glass-cannon that could use its own health to heal or damage and do all sorts of things like rip organs out of its enemies before they died to use them for various purposes. It had nukes, dots, and super strong heals. In many cases, BMâ€™s would often tip the scales of many fights because of their versatility.

I really like the idea of the Shaman, particularly as it ties in with the Goblin race. WAAAGH! was so cool as a magic. I really liked how all of the abilties tied in with the theme. The aoe heals were cool, and the HoT healing was fun. I don’t think the class was particularly amazing, and lacked where a straight cleric would do, but I enjoyed how it felt diverse.

Bards in EverQuest were such a cool support class. Using instruments and singing, they would buff groups, pacify enemies, and pull to the group. Back in the day, Bard players had to be particularly skilled and ‘twist’ songs together by activating one, and then deactivating it while quickly activating another. Using the timers of how the songs would pulse for a few seconds after being disabled, a good Bard could have 3 or more songs actively going on the party at all times.

I want to keep going, but Iâ€™d probably start to take all the cool ideas and leave nothing for the rest of you. I’m purposely leaving off a few that I hope the rest of you mention. If not, I’ll add them in comments.