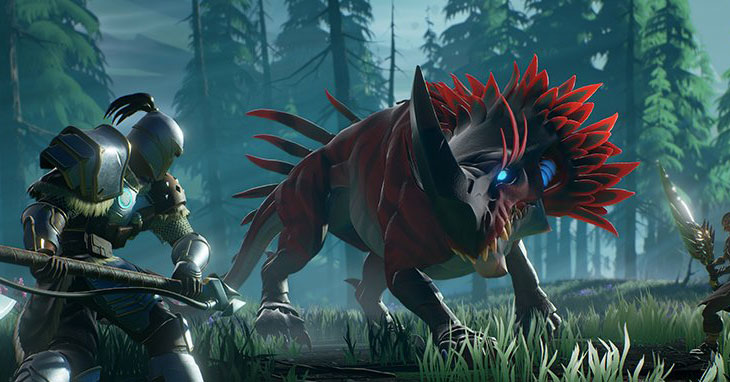 I was really excited to get home today and watch some of the people streaming Dauntless. Dauntless can now be streamed by people who buy into the really expensive Alpha. I mean really, look at the prices. I’m going to vent about this for a second before I get to my main subject.

Only the $80 pack lets you in today. The other two are September 1. Alpha to closed beta, planned less than a month apart. PLANNED people. This isn’t a real alpha test. This isn’t development. This is marketing. Ugh, it’s a pet peeve of mine. Like they know when they’re leaving alpha in such a prescribed fashion. Then the game goes free-to-play at launch. Really? Come on guys.

Regardless of the scummy pricing model, I was saddened to see that Dauntless looks really boring. I was really hoping for this stylized epic hunting adventure, but it’s in rough shape.

First, it’s so repetitive in animation and gameplay. It’s just wailing constantly on mobs. I watched 4 hours of Twitch (while doing other stuff on my other monitor). If it changes after 4 hours, I’d be shocked. So far everything the streamers are playing looks the same.

Second, the audio sounds bad. Lots of squealing high-pitch mobs and weapons making contact with enemies began to sound like nails on a chalk board. I had to mute the streams to keep watching.

Visually — environmentally — I like the art style. The interface and animations leave much to be desired.

Based on what I saw, this marketing beta backfired big time. I won’t be picking up Dauntless. For being a Monster Hunter-like, I’ll skip and wait for the real thing.