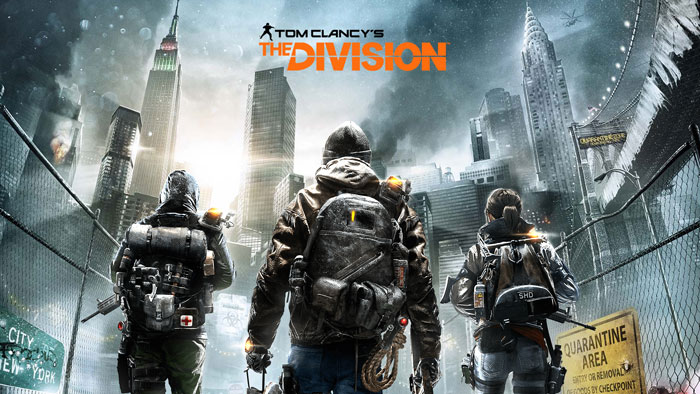 Graev and I picked up our copies of The Division yesterday to fill the gap in our list of evening co-op games that we like to play together.Â Prior to purchasing the game I kept seeing people referring to this idea of “massively multiplayer” and even weird hints at open-world and even elements of DayZ. Those are definitely way out ofÂ left field because The Division is neither a massively multiplayer game, nor anything remotely like DayZ or a survival game.

The Division is a third-person shooter game with hints of RPG, but definitely not a game I would ever comfortable say fits the RPG bill. RPGs have choices, and The Division is more of follow the story experience where you shoot bad guys, get gear, and level up. If there are decisions in the game, I certainly haven’t seen any.

The world is a mixture of seamless lobbies and mission phases. For example, safe houses contain other players. You walk through the door and ‘bam’ you are suddenly faced with a few dozen other players. You walk out that door and they stay there and you’re in your own world. If you group up with people then you’ll see them outside. There’s only one area of the game where it’s more about PvP and seeing other people, and that’s called the Dark Zone.

The story is intriguing. I like the idea that someone created an epidemic in New York causing the entire city to go into chaos and be quarantined. This special group of people who are like good guy sleeper agents are activated to go in and fix things. Fun premise.

The engine is fantastic, and gunplay is very tight. I really like the cover system — especially being able to select different cover and then automatically transfer to it even when it’s far away. Gear has a nice level of customization and variety/diversity. I think finding cosmetic items and weapon/armor upgrades will be fun, especially in the Dark Zone areas where you have to export your gear safely in order to keep it.

One critique I have about the shooter side of the game is that the enemies are spongey. They’ll soak up lots of bullets despite looking like normal people — I think they ARE normal people. I don’t know many humans who can take a full clip from a M4 and still be running around. Head shots really, really matter in The Division. Putting it on Hard Mode makes the spongey feel way worse.

The missions are neither here nor there so far. Focusing on the gameplay model too much would actually be a detriment to the game for me because it ultimately boils down to running around a world to find quest markers. If I were to think about it really hard, technically the game is about forming groups and going out on missions with the “open-world” being more of a pseudo-open-world experience — almost an illusion. But again, don’t overthink it. You’ll find encounters and more of an “open-world” experience the further you progress, but it’s definitely not an Elder Scrolls kind of open-world experience.

Co-op is fantastic. Graev and I have had no problems grouping up together and running missions. The Division really integrates nicely with the PS4 friend list as well as the Ubisoft accounts.

Bugs have been annoying. I had a glitch where right in the first 5 minutes of gameplay I was halted for an hour trying to interact with a laptop to “activate” my agent. I had to do a work around where I ran 200 meters away, did a matchmaking gimmick to find a group, then fast travel back to the house to activate it in a different phase. How that made it past QA boggles the mind.

The Division is, so far, a great third-person shooter with light RPG elements. Definitely worth the buy. I’ll integrate these thoughts with later thoughts for my more formal review. So far, I’d say 8/10.