The following story is at least 60% true. 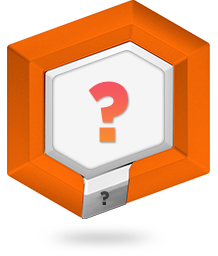 Today marks the last day of the Toys’R’Us Disney Infinity sale and my last chance to obtain some rare power discs forÂ  somewhat reasonable prices. Just recently I learned that if you scratch the outside of the package you can actually tell if one of the discs inside is a rare or not depending on whether it’s smooth or ridged. Originally I had vowed not to fall into this collectable trap, but I just had to get me that damn rare elephant disc. Keen had already woken me up early today to play Final Fantasy XIV, and the planets seemed to align when the game went down for maintenance right around the time stores start opening. I was able to convince him to accompany me on my fool’s errand and we set off for Toys’R’Us, but not before making a quick stop for breakfast burritos.

I could tell right away that Keen wasn’t very comfortable with this “scratch the packet” strategy. Growing up he was always the straight arrow and the first kid to run and nark on you if you did something you weren’t supposed to like put dog poop in the neighbor’s mailbox. We headed towards the entrance and I made sure to let Keen know he might have to elbow a few children/man-children in the process. Oddly enough there was only one other person waiting for the store to open. After about a minute an employee came and unlocked the door at which point we began power-walking towards the gaming section. I was determined to get there before the guy in front of us but he casually veered off to the other side of the store, so that wasn’t a problem.

Immediately after arriving at the Disney Infinity aisle I began frantically clawing at the tiny packages and hoping to hear the scritchy-scratch sound that marked the prize of my pursuit. Keen kept looking nervously around and picking up random objects off the shelves while making loud hemming and hawing sounds or making statements like: “Oh, yeah, this looks good” or “I wonder how this compares with this.” He’s about as subtle as a STOP sign. Every now and then he’d jab me in the ribs and offer up a “Dude! Dude!Â Hurry up!” I had found two rares packages and was frantically looking for more when a sales employee walked by our spot. We bolted from the aisle and made a wide circuit around the gaming section, offering up inane commentary and making fake conversation until we made our way back around to the aisle when the coast was clear.

After several minutes I found another rare package while searching through the bunch. We brought our haul to the checkout counter and tried to play it as cool as a couple of twenty-somethings could while buying Disney paraphernalia. The guy rang up our packs and said, “Oh hey, did you guys make sure to scratch the packages to find rares? We’ve had a lot of guys coming in and doing that.” Keen hurredly replied, “Oh, we uh, haha no but that’s a good idea thanks.”

On our way back home I thanked Keen for accompanying me on such a ridiculous quest and remarked how glad I was that they even had the discs in stock since they didn’t show up online. For some reason, beyond my understanding, that just made him upset and he grumbled something about “never doing something like this again.” But hey, we found some rare discs and out of all of the packs only like HALF were repeats. So it was all worth it, right? Right…?

So, who wants to trade me a Buzz Lightyear’s Astro Blaster rare for my extra Abu the Elephant rare?Â  I’ll throw in four Wreck-it Ralph repeats.