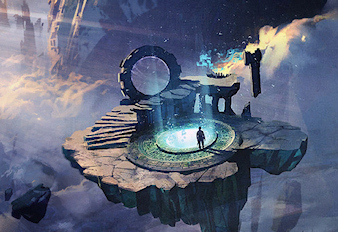 There has been quite a stir over the recent addition of Ascended Gear to Guild Wars 2.Â  A few weeks ago you could have a full set of Exotic gear like me and think to yourself that you had the best gear in the game.Â  Exotic gear is relatively easy to obtain as it is craftable with only about a week’s worth of casual farming. To be honest, there was a huge problem with how quickly players reached the top.Â  That is essentially why I stopped playing — I ran out of things to do.

Ascended Gear is an attempt to fix the problem of players running out of things to do, and inject a little bit of character progression into the game.Â  The problem ArenaNet ran into is that they violated their own “Manifesto” (like a constitution for their game) and created a gear-grind when they said they wouldn’t.

To get Ascended Gear players actually have to participate in progression-oriented content and gather token-like currency.Â  While a gear-grind, and not my my favorite form of character progression, it’s actually something.Â Â  ArenaNet says that Ascended Gear is the step between Exotic and Legendary, and should have been in at launch.Â  They also admit the current implementation doesn’t provide players with enough flexibility, and pigeonholes all play-styles into a PvE grind.Â  Obviously an issue when such a system is tacked on to solve a fundamental problem.

I think they’re on the right track though.Â  Ascended Gear needs to be in the game because it represents a sense of purpose.Â  Make it less grindy, allow it to be earned a number of ways, and don’t harshly gate content.Â  After that, I’d like them to consider some sort of character progression system for WvW, but one thing at a time.

Hopefully the GW2 community gives ArenaNet time to get the Ascended Gear system figured out.Â  I’d like to have a reason to log in and progress my characters.Â  I’d also like more reasons to get together with friends and delve into content.